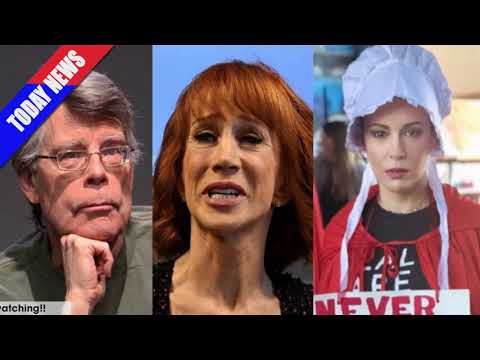 Predictably, clueless Hollywood celebrities are jumping to the defense of the phony Kavanaugh accuser These stooges are shamelessly ignoring the fact that there’s no evidence, absurd “perfect timing,” everyone she named, as denied it, and her own story doesn’t “add up

” See, it’s not about the “facts” with these shills It’s about the ends justifying the means – and the “end game” here, is stopping Kavanaugh at all costs Breitbart Following the release of a Washington Post report accusing Supreme Court nominee Brett Kavanaugh of sexual assault, many in Hollywood attacked him and assumed his guilt Sunday The accuser — a woman named Christine Blasey Ford — told the Post that Brett Kavanaugh, a 17-year-old high school student, groped and attacked her Ford said that Kavanaugh “groped her over her clothes, grinding his body against hers and clumsily attempting to pull off her one-piece bathing suit and the clothing she wore over it

” Kavanaugh denied the allegations Another student who was allegedly present during this incident has denied the encounter happened as well, saying the story is “absolutely nuts” Nonetheless, many in Hollywood immediately presumed Kavanaugh’s guilt and slammed him on social media “Brett Kavanaugh attempted rape NOonKAVANAUGH,” Rosie O’Donnell tweeted Author Stephen King joined in

“I believe Christine Blasey Ford and so should every US Senator,” Chelsea Handler tweeted “SenateGOP Male GOP Senators, huge opportunity here to pretend you give a shit about women & be the first to say you’ll vote No on Kavanaugh BenSasse? BobCorker? JeffFlake? One of you soft pieces of shit should grab this once in a career opportunity,” comedian Rob Delaney tweeted Actress Debra Messing tweeted, “I believe and stand by Professor Ford