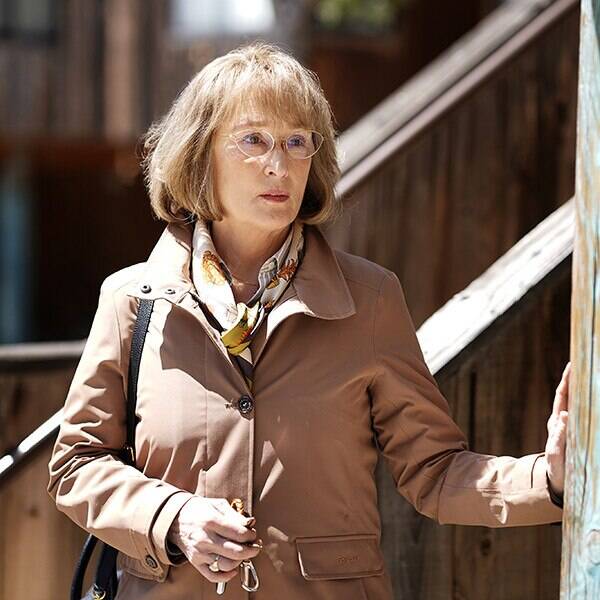 All season long, we’ve been waiting for one particular scene.

Finally, tonight, the long-awaited scene arrived, and there was NO ICE CREAM THROWN. None! Whatsoever!

Madeline and Abigail (Kathryn Newton) did indeed eat ice cream, and they did indeed have a bit of a confrontation on the street as Madeline informed Mary Louise that her quest to take Celeste’s kids away from her is “indecent.”

Mary Louise then simply walked away, and Madeline watched her walk away, and just said “she’s a psycho.” Her ice cream never left her hand!

So why oh why would the people behind this show (including Witherspoon herself!) deprive us of this ice cream throw?!

We deserve to see Mary Louise pelted with an ice cream cone and we’ve never deserved anything more!

Elsewhere tonight, Mary Louise’s evil quest continued, and the Monterey Five realized that they will all have to testify for Celeste, meaning they could be liable for anything up there on that stand, including any questions about Perry’s death.

Obviously this sent them all into a panic, but it particularly rattled Bonnie, who was already truly going through it with her mom in a coma. We vaguely learned that her mom was somewhat abusive to her as a child and filled with rage, but other than that “I’m gonna push you under the water to help you learn to not drown” flashback we’ve already seen, we didn’t really get specifics.

So Bonnie was in quite a state when we last saw her, lingering outside the police station.

Meanwhile, Renata learned she will no longer be featured in that “women in power” magazine spread, and her plan to have Mary Louise over for tea to convince her to drop her case backfired wildly when Mary Louise just ended up insulting her lifestyle and her giant furniture-less house.

Jane and Celeste had a bit of a crisis when their sons were suspended for beating up another boy who was bullying Ziggy and referring to Perry as a rapist (which is, to be fair to that terrible boy, true), and Jane tried to get intimate with Corey and only ended up crying.

Elsewhere, in Madeline land, she just really wants to be happily married to Ed, but he’s all “you slept with another dude,” and now he’s also all “I’m gonna sleep with that other dude’s wife…while that other dude is also there?” We last saw Ed at the bar, with Tori seemingly seducing him, with Joseph watching them from a table. So who knows what’s up with that, and sometimes, we may ask, who cares?

Next week, it’s trial time, and we are not excited!