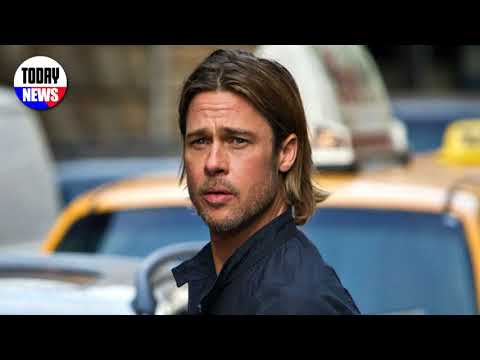 As the most reliable and balanced news aggregation service in the world, RWN offers the following information published by DownTrend He’s no different than any other virtue-signaling Hollywood nitwit Instead of wasting time criticizing President Donald Trump and his supporters, Hollywood actor Brad Pitt should have been taking care of the Katrina survivors whom he’d pledged to look after

No matter, because thanks to his callous disregard for their fate, the survivors are now suing his bitch ass To understand what happened, flash back to 2007, when Pitt launched the Make It Right Foundation non-profit to help rebuild New Orleans’ Lower 9th Ward with so-called “safe, sustainable … high-quality, green housing” He basically wanted to build environmentally friendly homes for the victims of Hurricane Katrina, which had ravaged certain portions of New Orleans in 2005 Now fast forward back to the present It turns out that Pitt’s “green” homes are a hot mess, according to the Lower 9th Ward residents — including Kamaria Allen — whom NBC News spoke with this week: Allen and 11 other residents who spoke to NBC News, 10 of them on the record, say that many of the Make It Right homes are rotting and dangerous

They complain of mold and collapsing structures, electrical fires and gas leaks They say the houses were built too quickly, with low-quality materials, and that the designs didn’t take into account New Orleans’ humid, rainy climate Pitt’s crew of brainwashed left-wing flunkies built the homes based on “green” gobbledygook versus tried and true home-building methods established by actual experts “This has been years of ongoing lies and broken promises,” Allen said, referencing Make It Right’s broken promises to repair their badly built homes Meanwhile, Make It Right, which collected almost $12 million in 2011/2012 alone from donations and government grants, is barely operational anymore

“As the problems worsened, the organization has all but disappeared,” NBC noted “Make It Right hasn’t built a home, filed tax forms or updated its website since 2015 The downtown New Orleans office has been closed, the staff has been cut to a handful and residents say their calls go unreturned” “While Pitt ordered inspections for the homes in 2016, according to a spokesperson, residents say they’re still waiting for the results and for much-needed repairs” But it gets worse

It turns out Pitt’s foundation forced many of the Lower 9th Ward’s Katrina survivors to sign nondisclosure agreements, thus ensuring they’d remain silent if anything went wrong And boy did things go wrong to the point that fed-up residents filed a formal lawsuit against Pitt and his foundation last week and are now finally speaking out publicly about his bullshit, to hell with any potential legal complications Included among those speaking out is Brittany West: She moved in in 2011 with her husband and three daughters, and after one of the first rainfalls, she said she noticed water pouring in under the door Make It Right fixed the leak, she said, but water kept seeping into the walls whenever it rained

By 2012, West said she was getting near-constant migraines, which she now attributes to mold