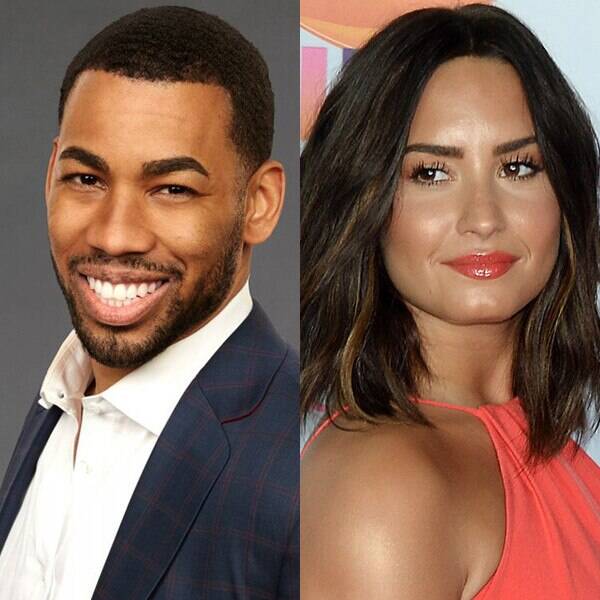 In the world of Bachelor Nation, finale night is always a time for new beginnings.

It certainly was the case for Hannah Brown who said goodbye to her fiancé Jed Wyatt and hello to a second chance at love—or at least a drink—with Tyler Cameron.

But can the same be said for Demi Lovato who has been flirting with former contestant Mike Johnson on social media? Not so fast.

While the music superstar was able to be in the audience for Tuesday night’s dramatic live finale, Mike was nowhere to be found.

“That was a missed opportunity for us with not having Mike there,” Rob Mills, the senior VP of reality and alternative programming at ABC told E! News exclusively. “I think Demi Lovato was sort of an 18th hour thing, but still, we should’ve had Mike there.”

According to Rob, Demi reached out and wanted to come to the taping. And without hesitation, production gladly made it happen.

“There are so many people we hear about that are superstars that are like, ‘Oh, it’s my favorite show. I love it.’ And then we go, ‘Oh, if you ever want to come…’ and then it’s like, ‘Oh no, I don’t really want to be that public about it.’ It was really great,” he explained to us. “She actually sat in the audience and was really getting into it the same way the rest of the audience was. It was great.”

As to whether or not Mike and Demi have been in contact offline, Rob isn’t sure. But when asked about Mike possibly become The Bachelor, one potential suitor couldn’t be ignored.

“She’s a singer/songwriter who is actually there for the right reasons!” Rob shared. “So she could show Jed many things really!”

Perhaps that’s enough for Demi to have a “Heart Attack.” After all, she previously took to Instagram Stories with video of her favorite contestant on the show. “Mike I accept your rose,” she wrote.