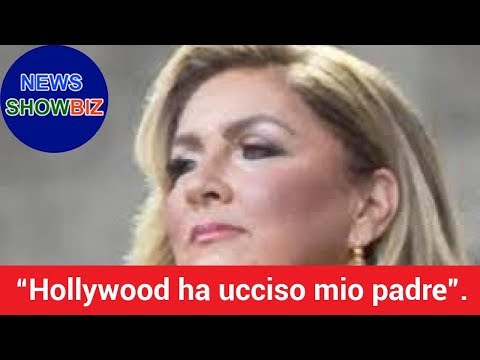 Romina Power, shock statement to Sunday In: "Hollywood killed my father" At the debut of the highly anticipated conduction of Mara Venier at Domenica In

Romina Power has been granted a rather intimate interview Romina usually does not give up so much in the interviews, but with Venier she feels at home and for this she spoke sincerely about her private life of Al Bano, his sons and his father who died prematurely The episode, aired on Sunday 16 September 2018, opens with the entry of the new conductor who arrives in the studio as a hologram accompanied by plays of lights and applause, dressed in a dark green sheath dress, a tuxedo jacket and stiletto heels Light make-up under glasses and long, platinum-colored hair Then start the questions to the super host, Romina Power The first question concerns her nephew Kay, who was born to Cristel, who is now 4 months old The singer has become a grandmother and describes it with beautiful words "It is a strong emotion there is not that physical pain, but you suffer the same and participate The nephew makes you believe again in the miracle of love and life Al Bano arrived after a few days because you know he has to work to keep the whole family " He then has a thought for the former Al Bano, a milestone in his life, to questions about their relationship, however, he responds with irony "There's an interference in the studio, the audio does not reach me Everyone wants me but nobody takes me and it's me that I do not want anyone " Finally, Romina, daughter of art, also tells the relationship with her family and the untimely death of her father Tyrone Power "I was in boarding school in Mexico when he failed, he died very young, he was only 44 years old "Then the surprising statement "I think it was Hollywood who killed him, while he was shooting a film with Gina Lollobrigida who saw him die He concludes the interview, moved, saying "I have no memories of my father, I have memories of dreams made with him For 25 years I went looking for the memories of others and I wrote a book I have missed the paternal presence, it is like saying to a tree if the roots are missing "