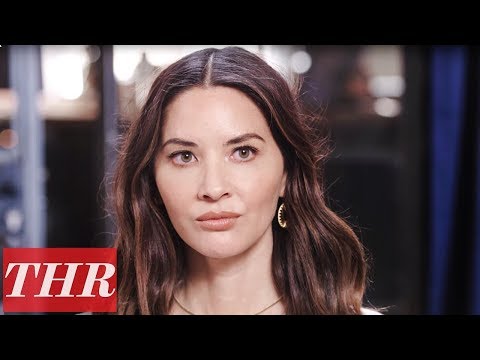 – [Host] Thank you for doing this by the way I know that this is just a tough situation for everyone involved and perhaps you the most So, can you just walk me through what the past few days have been like for you and how you're feeling now that this has come out – Well I think that it's been most tough on the Jane Doe that was in the story just because it's, you know, the victim is the victim so whatever she went through and what she's gone through the subsequent years, that's really what's most important to me We're making movies, you know? We're not in the mafia, you know? I haven't spoken against the family

I try to do the right thing and that's all I can do is when I see something you do something, you don't just, you don't just sit back and hope it products your movie or 'cause the movie is a great movie The scene isn't in there, it's going to do well We can't tell stories about people and then not care about people People understand that it's not an easy thing to be the one to speak up and there are people who get very mad at you for not just you know, helping them bury it – [Host] How hard has it been walking through this with your cast and with Shane Black? – Well, I haven't heard from Shane, I did see his apology that he put out

I appreciate the apology I would appreciate it more if it was actually directed towards me privately before it went public and I had to see it online with everybody else but it's honestly disheartening to have to fight for something so hard that is just so obvious to me Not with the media and social media and people that are close to me and from strangers that I meet on the street and people saying things but I do feel like I've been treated by some people as if I'm the one who went to jail or I'm the one who put this guy onto our set It was really important for me to have the scene deleted and when the press found out, they asked for a statement, I gave a statement and I found out all those details like everybody else did and it was shocking and disturbing and now when I'm being asked about it I don't know how to lie about it I don't know how to pretend, I don't know how to skirt around the issue I just know how to be honest about it

It's a very lonely feeling too, to be sitting here by myself when I should be here with the rest of the cast – [Host] Who did you seek council from before you made that phone call to Fox? – No one, I called my lawyer and my manager and I said, "I need you to tell them right now about this" I found out and my very next call was to them The situation that we're in over the last year or so, the Me Too movement, it really exists because of the people online who are appalled and outraged and are demanding that things be changed 'cause it's the people who are at the top, the people who are colluding to keep abusers in power, the people who are colluding to turn a blind eye so that they could just keep making more money They're the people who created this disparity in the first place so we can't really depend on them to make a change

It's the people online and people who just express their outrage For some reason, there seem to be people out there who are only motivated by the bottom line So, if the fans and the public keep expressing that they won't go support people who are abusers or organizations or companies that support that, then that will make them change But nothing really changes until people really see that it's going to affect them personally – [Host] Thank you, I know that this isn't easy for anyone and especially you, so we appreciate you takin' the time to– – Well, I do, I mean, I appreciate that people care that something like this happened and that it's not okay to, look, if somebody wants to share their platform and power with someone who went to prison for hurting a child, that's their choice if they want to help that person

I wasn't given that choice, that decision was made for me and my choice will always be to never give a second chance to anybody who hurts a child or hurts an animal Everybody has their own prerogative but if you're going to ask me, that would be my choice