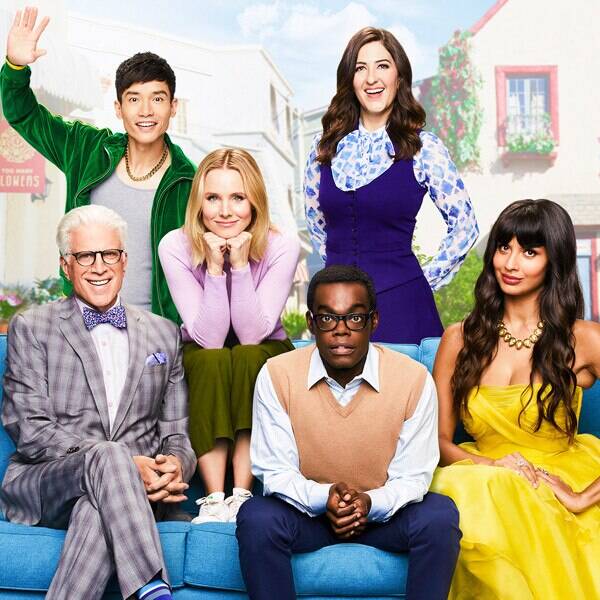 At the NBC Comedy Starts Here event in Los Angeles, E! caught up with two of the show’s biggest stars, D’Arcy Carden and Manny Jacinto, to talk about the upcoming final season and the cast’s exciting nomination for The Comedy Show of 2019.

“It’s so nice to be recognized. I love this show so much, I’m proud of the show. The fact that people like it is just too good to be true,” Carden, who plays the character Janet, gushed.

When asked why people should vote for their show Jacinto, who plays the lovable yet clueless Jason, said that, “We’re just flattered…if you like it please vote, but if not that’s cool too, but we’re just happy that we got nominated for a People’s Choice Award.”

Carden joked the consequences for not voting for the show could be more severe saying, “Vote for our show because it will take you to the Good Place. You want to go to the Good Place, right?”

Since the Bad Place has things like bees with teeth and giraffe stampedes, we’ll be voting to rack up as many points to get into the Good Place as we can!

Fans of the show can also celebrate that Kristen Bell and Jameela Jamil are nominated for The Comedy TV Star of 2019 as well, so fans of Jamil’s character of Tahani can finally recognize her instead of Kamilah for once!

You can vote 25 times per day, per platform so head to the official voting site or take to Twitter to cast your ballot.

Be sure to tune into the live show on Nov. 10 to see if the show takes home the award.

(E! and NBC are both part of the NBC Universal family.)