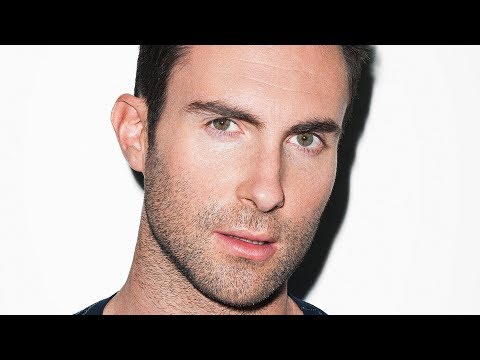 Love isn't easy, but it's a whole lot harder when your significant other treats you like trash Though Hollywood relationships are notoriously short-lived, some stars seem to be particularly terrible partners

From cyberbullying to physical altercations, there are hundreds of ways to hurt the one you love – and even more if you've got money Not every celebrity bad boy or girl stays that way, though Some regretful partners actually do change Either way, if the reports are true, these celebrities are notoriously inconsiderate partners that you wouldn't want to date Tom Cruise Most of us remember Tom Cruise's relationships by their fairy-tale moments, like his famous movies alongside Nicole Kidman, or that time he jumped on Oprah's couch to exuberantly proclaim his love for Katie Holmes

What we don't always remember are how those love stories played out Amidst his growing dedication to Scientology in 2001, Cruise abruptly filed for divorce from Kidman after 10 years of marriage Though Kidman admitted to People magazine it was a, quote, "shock to [her] system," she did quip to David Letterman, "Well I can wear heels now" [Laughter] His relationship with Katie Holmes, which was long-rumored to be a contract marriage, may have been even more controlling According to the Mirror, Holmes had to follow a long list of bizarre marriage rules, including complete silence during labor

She allegedly wasn't allowed to utter a single peep while delivering Suri, and according to some reports, she feared for her safety after filing for divorce because of the church Yikes! Brad Pitt While Brad Pitt has certainly had some tumultuous relationships, if you ask his ex-wives, he seems to be the problem In the early 2000s, Pitt's divorce from Jennifer Aniston prompted the press to essentially frame the actress as the world's saddest lady for the rest of her career What happened? Pitt supposedly had an emotional affair with co-star Angelina Jolie on the set of Mr and Mrs

Smith The new lovers claimed they took things to the next level only after his split with Aniston Before his divorce from Aniston was finalized, Pitt posed for an epic W magazine photo shoot with Jolie The piece, titled "Domestic Bliss," cast the two supposed "friends" as a sexy husband and wife with kids In response to the spread, Aniston told Vanity Fair that Pitt has, quote, "a sensitivity chip that's missing

" As for Brangelina, those two appeared to have it good for nearly a decade, but in 2016, they went through an explosive breakup and nasty custody battle Pitt told GQ that substance abuse was at the root of the "self-inflicted" collapse of his relationship with Jolie, saying, "I can't remember a day since I got out of college when I wasn't boozing or had a spliff, or something" Still, Pitt may have turned things around, since he has now reportedly embarked on a cleaner lifestyle Adam Levine He may have a voice that's sweet as sugar, but the way Adam Levine's acted in past relationships is anything but Levine allegedly dumped his supermodel girlfriend Nina Agdal by completely ghosting her

According to Us Weekly, he stopped answering her calls, then eventually informed her of his engagement to on-and-off flame and fellow model Behati Prinsloo through a text message According to the Daily Beast, Levine allegedly also dumped Jessica Simpson with a text message He embarrassed cocktail waitress Rebecca Ginos by telling Howard Stern intimate details of their relationship, and he reportedly mortified Victoria's Secret model Anne "V" by telling the world about their bedroom activities as well It seems Levine has never been one for relationship tact, but he did allegedly reach out to his exes to apologize before marrying Prinsloo in the summer of 2014 Rob Kardashian Kardashians generally take the moral high road when it comes to relationships – from Khloé Kardashian supporting her troubled ex-husband during his recovery to Kris Jenner supporting her ex-husband's transition into womanhood long after their divorce

Rob Kardashian is the exception to the rule, and his relationship with Blac Chyna seemed insanely tumultuous by tabloid accounts "Why are you yelling, you psycho? What's wrong with you?" "Ugh, cause it's aggravating!" There were the explosive fights documented throughout their reality TV show, Rob & Chyna… "Are you still texting bitches? Yes or no!?" And then there was their apparent affinity for airing their grievances on social media In 2017, after an exhausting year and a half of on-and-off dating, Chyna took to Snapchat to claim Rob beat her up According to Us Weekly, she also allegedly sent Rob a video of herself kissing another man in an effort to get him to leave her alone Rob countered by posting several explicit photos of her online in what appeared to be some sort of deranged – and potentially criminal – hours-long social media rant

This incident was the final straw for Chyna "I would like to first and foremost thank the judge for granting me this restraining order" Her lawyer had this to say in a statement: "Mr Kardashian, you are now on notice [

] Cyberbullying your ex is harassment […] Your attempts to shame and control [Chyna] are hereby rejected" Emma Roberts Actress Emma Roberts may seem like an innocent girl next door, but rumor has it the actress may have physically harmed her boyfriend, actor Evan Peters

The couple reportedly met while filming Adult World, and for the first year or so of their relationship, they were the poster children for millennial power couples Then came 2013, when according to TMZ, Roberts was arrested for allegedly assaulting Peters in Canada Though Peters reportedly suffered a bloody nose and bite marks, he didn't press charges, and Roberts was released As of May 2018, these two are still engaged, so let's hope their worst moments are behind them Chris Brown In 2008, it seemed like Chris Brown and Rihanna were hip hop's "it" couple

The pair met as teenagers at the Vibe Awards, and over the next few years, they grew from collaborators to best friends to totally in love Unfortunately, not all was as rosy as it seemed from the red carpet In 2009, TMZ reported that Rihanna had been beaten by Brown after a pre-Grammy party Not long after, Brown pleaded guilty to felony assault As Billboard reported, he was sentenced to five years probation and six months community labor

Brown later admitted that he, quote, "felt like a f—ing monster" after the incident with Rihanna He eventually found love again with model Karrueche Tran Unfortunately, old patterns appeared to resurface According to E! News, Tran alleged Brown punched her in the stomach, pushed her down the stairs, and threatened her life on numerous occasions Tran was granted a permanent restraining order after sharing angry voicemails of Brown threatening her

Johnny Depp Actress Amber Heard met Johnny Depp while filming The Rum Diary in 2009 and the pair got engaged in 2014 According to TMZ, nine months after tying the knot, Heard asked for a temporary restraining order after multiple alleged violent incidents A couple months later, according to Heard's court filing, Depp was drunk and high when he showed up to her birthday party and was violent again Then there was the leaked video of Depp apparently throwing a wine bottle and glass at his wife According to the Daily Beast, Depp and his team ferociously denied Heard's allegations and claimed the video was heavily edited in an attempt to leverage a bigger divorce settlement

Depp's former partner, Vanessa Paradis, and his first wife, Lori Anne Allison, also both publicly stated support for Depp, saying he hadn't abused either of them during their relationships Heard filed for divorce in 2016 After they negotiated a $7 million settlement, which she donated to charity, the two issued a public statement that read in part, "Neither party has made false accusations for financial gains There was never an intent of physical or emotional harm" Thanks for watching! Click the Nicki Swift icon to subscribe to our YouTube channel