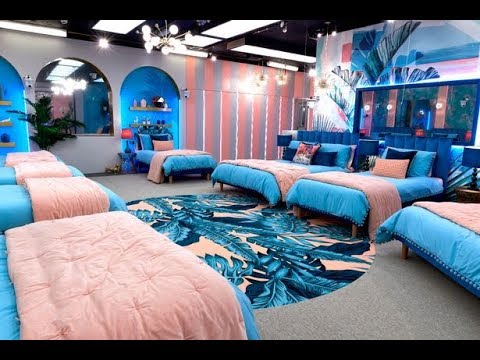 </form> Celebrity Big Brother is reportedly in "chaos" after the Channel 5 show has struggled to sign its final mystery celebrity – mere hours before the latest series begins   This comes after the CBB line-up for the 22nd series was leaked earlier this week  But bosses are reported to have hit a snag after the celebrity, which they have held back from naming, has not yet signed on the dotted line   A source told The Sun Online : "Everyone is now in hiding ahead of the show starting tomorrow but there’s an empty hotel room still waiting to have someone check in  "The bosses have been trying to sign this person up for a while but there have been issues along the way and their contract is still very much blank "  They added that there had been "lots of frantic phone calls" and that they were "pulling out all the stops" to get them in the house  Channel 5 refused to comment on the claims when approached by Mirror TV  This comes after Creative Director Paul Osborne, who has been brought back from the US for his first series in 10 years, has teased that "jaws will drop" over this year's line-up   He told the Daily Mirror : “What do we expect when you see our housemates? Your jaw to hit the floor We’ve chosen the best possible housemates we can

”  While show bosses are keeping tight-lipped on names until the launch show, sources say Stormy is ready to unleash a tempest in the house, with reports that she’ll be joined by fellow scandalistas  They include outspoken former Cheers actress Kirstie Alley and rogue trader Nick Leeson, who cost Barings Banks £800million – causing its demise  Other names tipped for a spot in this series – nicknamed “Eye of the Storm” – include former Coronation Street star Ryan Thomas, kidnap victim Chloe Ayling, Princess Diana’s psychic Sally Morgan, Towie star Dan Osborne and Love Island’s Gabby Allen  A show source said: “This year’s bosses are out to prove they mean business  “They’re Britain’s original reality show and out to prove they’re still the biggest and the best  “It will be a huge coup to have a woman linked to the serving President of the United States come into the house  “Everyone will be hoping she’ll be Stormy by name and Stormy by nature”   *Celebrity Big Brother returns tomorrow at 9pm on Channel 5