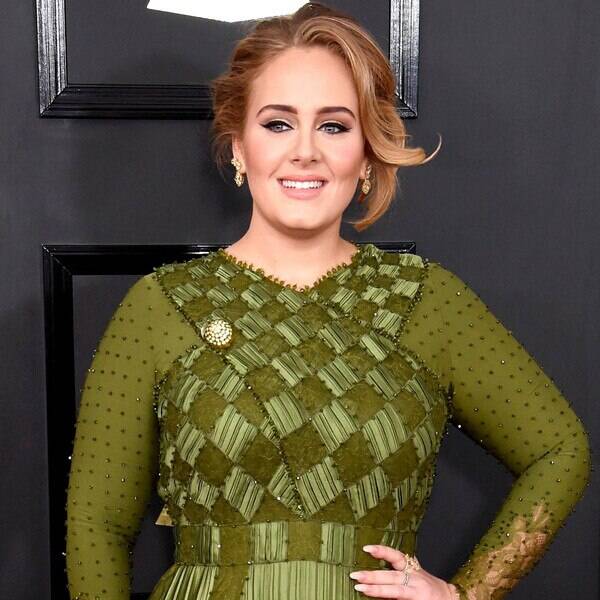 Hello, is it Adele you’re looking for this Oscars’ weekend?

Just when you thought we were done with epic sightings in celebration of the 2020 Academy Awards, a music superstar has been spotted enjoying not one but two after-parties.

E! News has learned Adele was able to step out and attend a few Hollywood bashes Sunday evening. For starters, the “Hello” singer made an appearance at Guy O’Seary and Madonna‘s after-party where we’re told she looked nothing short of “amazing.”

“She lost more weight. Everyone was like, ‘Is that Adele?!'” an insider shared with E! News. “She wore a gold dress with tassels. It was a very ‘60s mod look with her hair and makeup. She looked incredible.”

We’re also told she spent a good amount of time catching up with Nicole Richie near the dance floor. But wait, there’s more. After all, you didn’t think Adele was one and done with the fabulous parties.

According to the host, Adele was wearing slippers for the late-night. And with tons of music, dancing and great company, we totally understand why.

“Only about 200 people, in a small club space with the best music,” Kinga shared on Instagram through translation. “With a ban on taking photos.” So yes, this fan was able to pull off what we thought was impossible.

For those who have a serious case of FOMO about missing the parties, you’re not alone. And we have to warn you, the details keep getting better and better.

At Beyoncé’s bash, the “Crazy in Love” singer grabbed the mic and sang a few lines and remixed “Brown Skin Girl” and “I Care.”

“Everyone was dying over this and was jumping up and down loving it,” a source shared with E! News. “Beyoncé and Jay-Z definitely were putting on a show while playing their greatest hits. They took turns passing the mic while blasting their favorite songs from their hits. It was all about them.”

And with a guest list that included Reese Witherspoon, Jessica Alba, Anthony Anderson and more, it’s safe to say it was a party to remember!