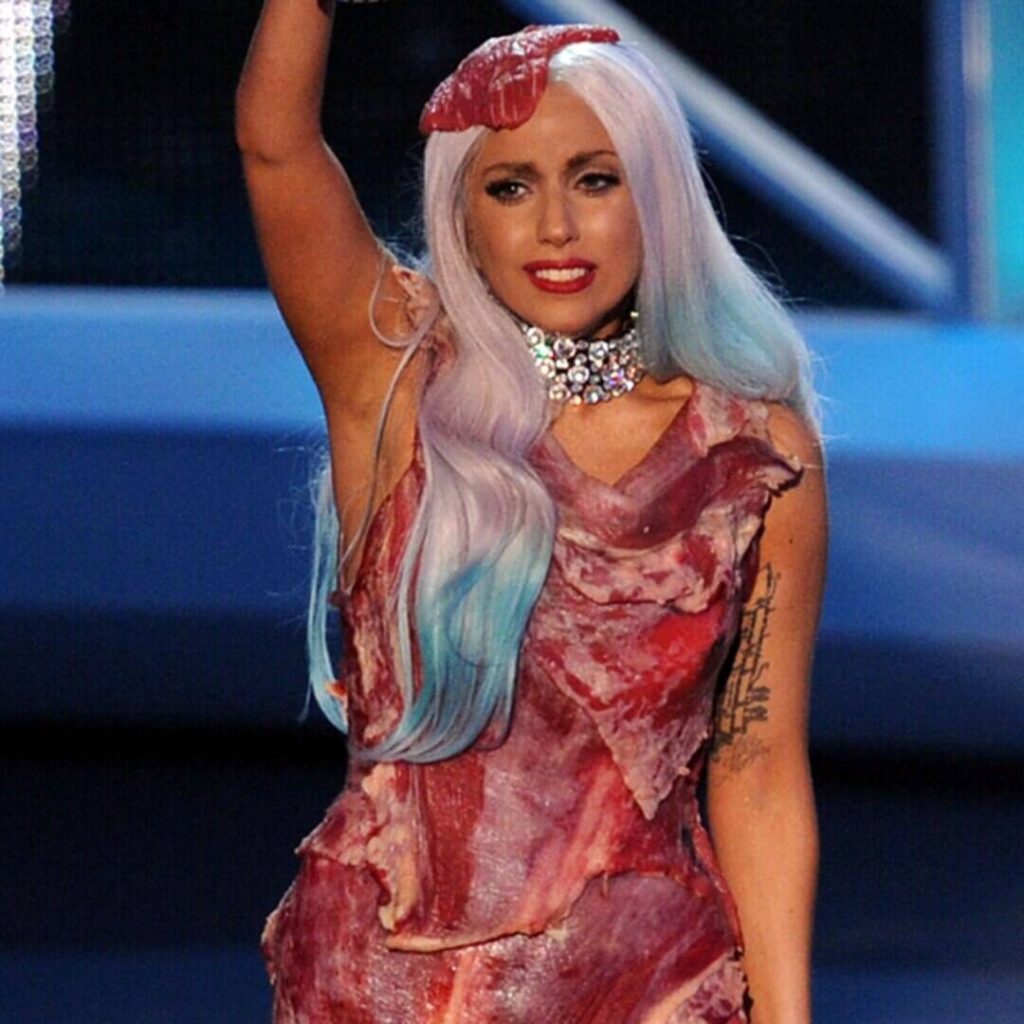 Ten years have come and gone but Lady Gaga‘s meat dress forever remains in the pop culture hall of fame.

In 2010, Chelsea Handler hosted the MTV VMAs at the Nokia Theater in Los Angeles, Calif., a notable moment because it had been over 15 years since a woman had hosted the show. (Keke Palmer will be this year’s host!)

As expected, the hostess pulled out all the stops for the big night. To kick off the show she took part in a choreographed dance inspired by Lady Gaga, while also wearing an equally Gaga-esque look.

All in all, the night belonged to Mother Monster. Going into the show she was nominated for 13 awards, eight of which she took home

Of course, there was the occasional performance sprinkled in between Gaga’s various acceptance speeches. Justin Bieber, Drake, Taylor Swift, Paramore and a myriad of other artists consistently had the crowd on their feet.