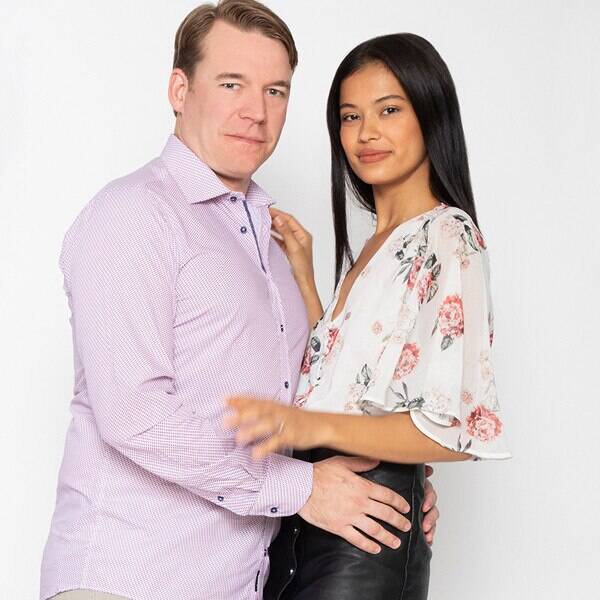 Meet 90 Day Fiancé‘s Michael. He’s in his 40s and met his 23-year-old fiancé Juliana, a model from Brazil on at a party on a yacht in Croatia. Yes, they know exactly how that sounds—and they don’t care.

“It’s never bothered me at all because living in it, I understand it. And if I could understand from an outsider’s perspective there would be many judgments that people would leap to and that doesn’t bother me one bit. People are welcome to think, feel what they want to. We’re together, we love each other, it’s very much real,” Michael told E! News. “We’ve made a very big decision to spend the rest of our lives together. The only person I care about about when it comes to how they feel about our relationship is Juliana.”

The couple, who has been together for about two years now, were nearly derailed by the lengthy visa process. Before she made her way to the United States, Michael, who is self-employed, said he would travel to be with her. That sets them apart from some other 90 Day couples, they’ve been in constant company.

“We’ve got a very rich and wonderful background,” Michael said.

At the party, Juliana barely spoke any English, so they bonded over alcohol. “I feel in love with him first,” Juliana said.

In the United States, is the party over? Michael has an ex-wife and kids at home, there are responsibilities that come along with that they Juliana wasn’t exposed to when they were meeting abroad. And with the family, comes concerns about the relationship and whether Juliana is with Michael for the right reasons.

Click play on the video above to hear more from the couple. Meet the rest of the new 90 Day cast below.