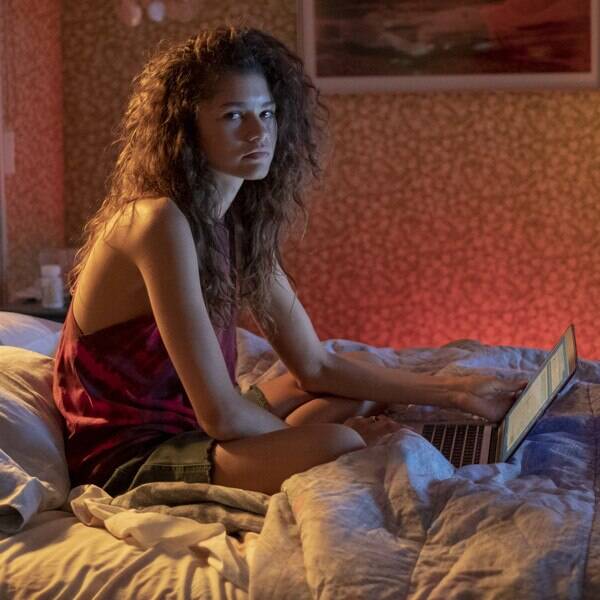 It’s safe to say viewers haven’t seen Zendaya in anything like Euphoria before.

The HBO drama created and written by Sam Levinson features the multi-hyphenate star of Spider-Man: Far From Home as Rue Bennett, a teenaged drug addict fresh from rehab. She’s struggling to get her life back in order now that she’s home and everything changes when she meets Jules (Hunter Schafer), a transgender girl also looking for her own place in the world. The series has gotten plenty of buzz for its content matter—there’s plenty of drugs, sex and penises—and hailed for its unflinching look at it.

“It’s been really great so far. It’s a very nerve-racking thing because we put so much into something and it’s very emotionally taxing sometimes…So to know the world is seeing it is a little scary because you feel very vulnerable, but the reactions have been wonderful. I’m lucky to have the love we’ve received for it already,” Zendaya told E!’s Erin Lim.

The project has riled conservative watchdog groups, like the Parents Television Council, but Zendaya said her parents have seen the show and “they’re proud.”

Click play on the video above to hear more from Zendaya about which emojis best describe her new flick Spider-Man: Far From Home and find out which celebrity’s closet she wants to raid.