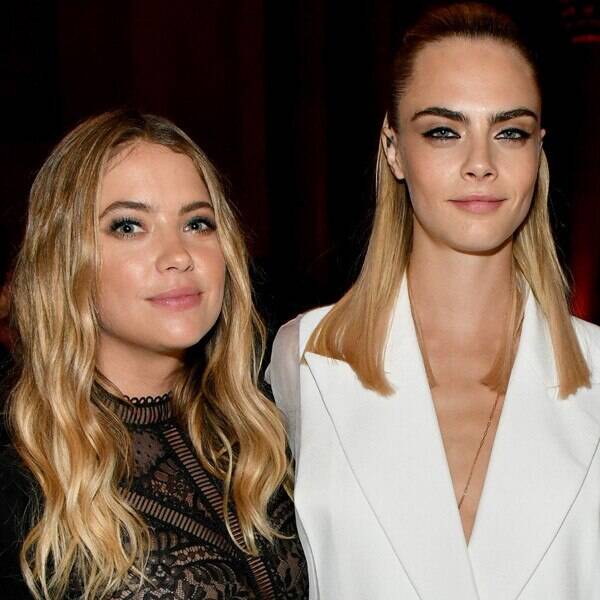 The rumor mill is churning over Cara Delevingne and Ashley Benson.

After a year-long romance, could the supermodel and actress be gearing up to tie the knot? The Internet certainly thinks so. Speculation has been swirling online over a possible engagement for the pair, particularly after they were spotted vacationing together in Saint-Tropez on July 5 while each sporting a gold band on their left hand.

Adding fuel to the claims, the two were snapped kissing inside VIP Room nightclub in Saint-Tropez days later. Was it just a night on the town or were the two celebrating something special?

While E! News has reached out to both of the stars’ reps for comment, Ashley’s mama Shannon Benson seemed to weigh in on the noise, sharing a post to Instagram that read, “How easy it is for so many of us today to be undoubtedly full of information yet fully deprived of accurate information.”

As the wait continues for any official word on the matter, it was just last month that the two publicly confirmed their relationship with the Suicide Squad star posting a video of them kissing on Instagram.

“It’s been 50 years since Stonewall happened and I don’t know,” Delevingne later told E! News of sharing the video “It’s been just about over our year anniversary so, why not?”

“Ashley has never been in a relationship like this and is happier than she has ever been,” a source told E! News of the Pretty Little Liars alum.

“It’s a different type of relationship with a lot of understanding, support and loving communication,” the source explained. “They just do normal things like get coffee, walk the dog or go to the movies. They like to stay home together a lot and just chill. They are very sweet and loving together. They are always doing simple nice things for each other and it all comes very easy and naturally. They are committed to one another and very much in love.”

In love and engaged? We’ll just have to wait and see.