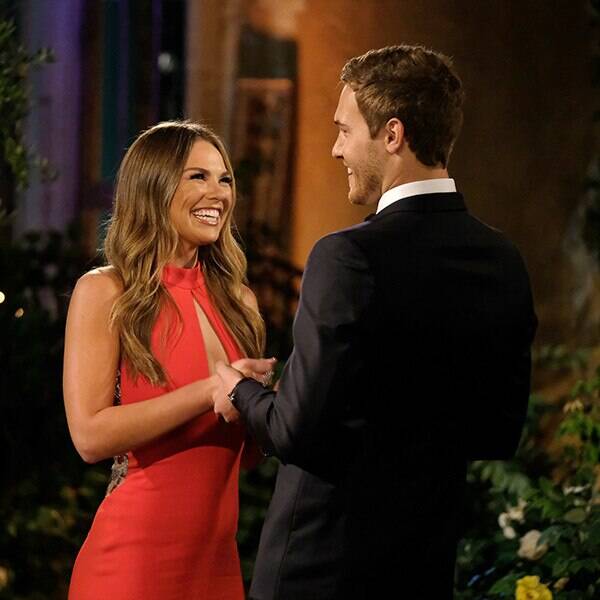 Peter Weber‘s got a lot to learn from Hannah Brown.

Sure, she screwed up her season The Bachelorette worse than maybe anybody else ever has, having to break off an engagement to a liar with a girlfriend, but she emerged with her dignity intact and a whole bunch of new fans. She also made sex on The Bachelor the cool new thing that people are actually allowed to talk about, with some help from Peter himself.

It’s now Peter’s turn to try to find love in a group of 30 strangers, and he’s learned a lot from his ex.

“I took a lot from Hannah and how she navigated her season, taking it into mine. I remember her first night when we’re all standing in that living room area, she was so honest with us and just asked us from the beginning, please just show me that vulnerable side,” Peter tells E! News. “Be raw with me, be real, throw out all this pretentiousness and how you maybe think she wanted us to act on the show, throw all that away, and just be yourself and be real and raw. And I did the exact same thing.”

Hannah also ended up in a kind of nightmare situation, learning that her new fiance, Jed Wyatt, had a serious girlfriend, to whom he had claimed he was just joining The Bachelorette to promote his music career. Peter knows that deception is a possibility, but he hopes the women listened to his pleas on night one.

“That’s always a possibility now, as much as the try can try to weed out stuff and uncover all the truth about someone. At the end of the day, people can hide stuff if they wanna hide stuff. People can come on the show and try to deceive you if they truly wanna do that,” he says. “I understood that, but I remember that first night as well I made a very clear point of asking the women just to really show me the respect that I was showing them, and how I was only there for one real reason, and that was to find love, and I understand what this show can do for people after, but to just please respect me and not take advantage of it for that reason, and only be there truly if they wanted to pursue something with me.”

Hannah herself plays a role this season, and you’ll see much of it play out tonight.

“I think what everyone’s gonna see is just a very real and raw meeting between us from the very beginning,” he says of her return. Who knows how long that goes? We talk about closure. You’ll have to watch and find out about that, but everything, I promise you, everything between the two of us, that was just real, and that was a relationship that we both really cared about, and the viewers are going to see that.”

Hit play above for more from Peter, and tune in tonight at 8 p.m. on ABC to see the beginning of Peter’s journey to find love or something.