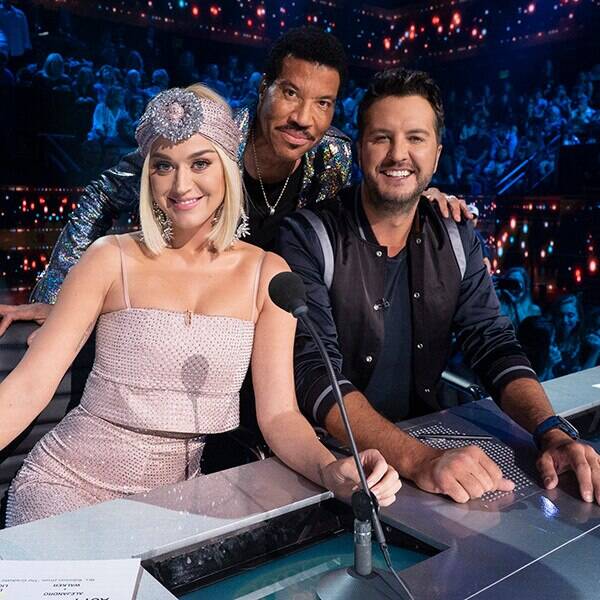 The American Idol judges aren’t sick of each other yet.

Despite working together for three seasons now, Katy Perry, Lionel Richie, and Luke Bryan still get along pretty dang well, with Perry describing it as “familiar family vibes.”

E!’s Will Marfuggi talked to the trio at the season premiere, and they weighed in on what they’ve learned about how to treat the contestants.

Lionel Richie says sometimes you get a contestant who just really needs a hug, but Perry explains that the judges don’t get to see that often sad story that plays before an audition, so they can only judge the singing and there’s no need to sugarcoat their criticism.

“We are really truly basing it on the talent, because I believe we all have a story to tell, we all have somewhere we come from, a wound, etc, and I think that story trust is earned once you hook someone with your art,” she says.

Richie adds that the judges have to be “realistic” with their comments to contestants.

“We know that we wish they could make it, but we know they don’t have a shot, and we have to be very clear on that, and there’s a point where even though it pains us beyond belief, we have to say no, because we know this can’t carry on to the end,” he says.

The judges also aren’t averse to having some fun at each other’s expense, which you can see in the video above as they get into Perry’s tendency to get a little hangry.