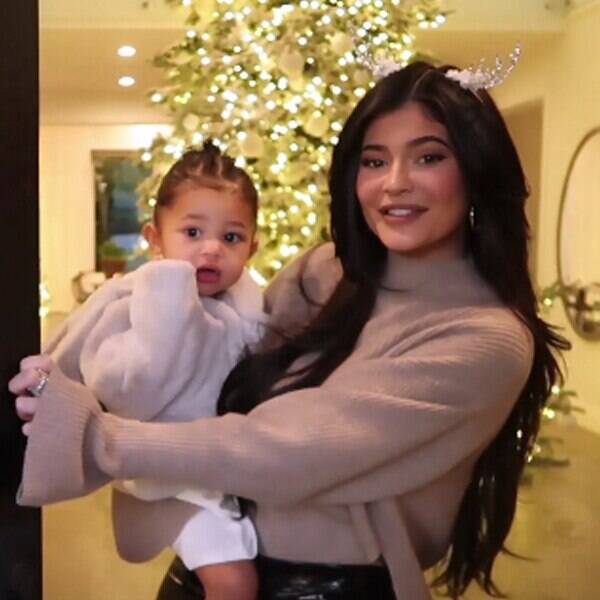 Kylie Jenner is living in a state of “euphoria” with daughter Stormi Webster.

If you haven’t heard by now, the Kylie Cosmetics mogul is releasing an entire collection of makeup to her nearly 2-years-old daughter, something the mom says she’s been waiting to do “since the day I found out I was pregnant.” It’s a makeup collection filled with pinks, blues and purples—the colors that Stormi is otherwise obsessed with.

To promote these new products, the mother-daughter duo filmed a commercial of sorts while dressed up in ethereal white dresses. Together, they sat by delicate flowers as pink confetti fell on them and soft music played. As all this happens around them, Kylie holds a joyful Stormi, who is playing with all the confetti around her.

Kylie captioned the video, “An entire collection by @kyliecosmetics dedicated to my beautiful daughter and my love for her. i can’t wait for the reveal!!!! You will fall in love. The Stormi Collection launches 2.1.20.”

As eager as people are to lay their hands on the collection, it seems they’re just as eager to download the song playing in the background, namely because they believe Kylie is the one singing. “The real question is… is that Kylie singing?” someone pondered.

But it appears Kylie’s not the one doing vocals on this unreleased track. Instead, it’s up and coming singer Kaash Paige, who confirmed via Twitter, “Of I forgot to tell y’all… I’m on Don Toliver project with him and Travis Scott.”

Paige and Travis’ song was perfect for the video considering the title, and the fact that Travis is Stormi’s dad.

As Kris Jenner put it: “This is everything. My heart is full.”

Keeping Up With the Kardashians returns spring 2020, only on E!