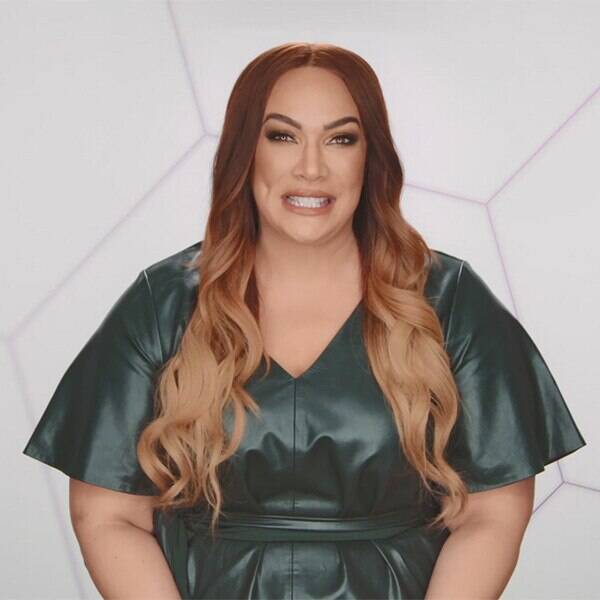 It’s a bird! It’s a plane! It’s Nia Jax leaping from the top rope and hopefully sticking her landing!

The seasoned WWE wrestler practices a difficult stunt in this clip from Tuesday’s new Total Divas, and she’s not quite sure she has the hang of it just yet. As tends to be the case for most people endeavoring to try something new and master it in a short period of time, Nia appears to be working through a few layers of anxiety during a training session leading up to WrestleMania. Her knee injury, which has persisted for the better part of a year, isn’t making things any easier.

“There’s so much going on right now with my knees and WrestleMania,” Nia explains, adding, “I’m definitely nervous about it.”

Physical challenges aside, “This will be the first time that I’m actually attempting to get up to the top rope,” she continues, noting her fear of heights as she approaches the practice ring with Nattie Neidhart (“one of the best technical wrestlers” in the business, according to Jax) and WWE instructor Norman Smiley.

“You got this!” shouts Neidhart, as her colleague positions herself on the second rope from the top (just so everyone’s clear, these are the ropes that line the circumference of most wrestling rings), which is still pretty far from the floor. After a couple of unsuccessful tries, Nia sounds discouraged.

“I’m legit struggling here,” she tells Nattie and Norman. “I don’t even know if I can go up to the top rope, period.”

With some encouragement, Jax does manage the climb. The jump remains a work in progress, and she has no plans to stop working. “I just want to make sure I give everything I have,” she says.

See Nia’s debut top-rope training in the clip above!

Watch a brand new episode of Total Divas Tuesday at 10 p.m., only on E!