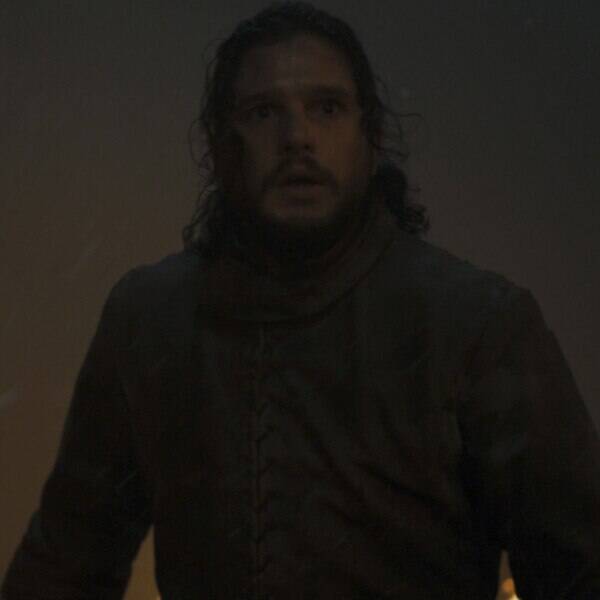 Game of Thrones‘ big battle against the Army of the Dead went down on Sunday, and at the very least, you probably heard it.

You might not have been able to see it if you were one of many, many people on Sunday who complained about how very dark the screen was. We ourselves complained, and felt like we missed a whole lot due to the fact that we actually couldn’t see. Even the stills released after the episode were incredibly dark, and the darkness seemed like most fans’ main concern, just after Arya killing the Night King and the surprisingly small casualty count.

Wired did us all a favor and asked the cinematographer about the darkness problem, only he doesn’t agree about what the actual problem was.

“A lot of the problem is that a lot of people don’t know how to tune their TVs properly,” Fabian Wagner told the site. “A lot of people also unfortunately watch it on small iPads, which in no way can do justice to a show like that anyway.”

Hmm, we say. HMMM. Or maybe your TV was on the right settings, but your room was just too bright?

“Game of Thrones is a cinematic show and therefore you have to watch it like you’re at a cinema: in a darkened room,” he said. “If you watch a night scene in a brightly-lit room then that won’t help you see the image properly.”

Basically, none of this was his fault!

“The showrunners decided that this had to be a dark episode,” Wagner continued. “We’d seen so many battle scenes over the years—to make it truly impactful and to care for the characters, you have to find a unique way of portraying the story.”

“Another look would have been wrong,” he continued again.”Everything we wanted people to see is there.”

And for those of us complaining that we saw nothing at all, Wagner kinda seems to think that doesn’t actually matter.

“Personally I don’t have to always see what’s going on because it’s more about the emotional impact,” said the man responsible for the visuals of the show.

Was “The Long Night” too dark for you or is your TV just better than ours? Please vote in the poll below.

Game of Thrones airs Sundays at 9 p.m. on HBO.