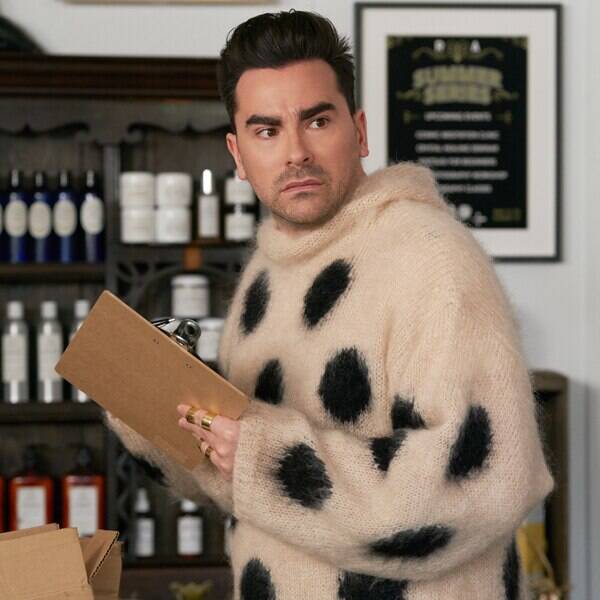 Like it or not, the end is near for Schitt’s Creek. And the cast is spilling all about what’s (not) to come.

“We workshopped a motel fire. Funnily enough, didn’t work out, didn’t end up going with that. Kind of a sad ending. Won’t see fires. Will we get our money back? That is TBD,” series star and co-creator Dan Levy said on Watch What Happens Live with Andy Cohen when asked about the upcoming big series finale.

“Can I give the ending away?” Eugene Levy, also star and co-creator, asked his son.

And he did. Sort of.

The show is currently airing its sixth and final season on Pop TV. And yes, Dan’s already thought about getting the gang back together. On WWHL, he told Andy Cohen he’d love to do a Schitt’s Creek movie with his costars Eugene, Catherine O’Hara and Annie Murphy. It’s something he also floated to E! News during a recent interview. Levy said if he came up with an idea “that feels appropriate for these people to reconnect,” then he’d revive the Rose family.

“I would love that…I don’t ever like to operate within black and white. I think, for now, these stories have led to have a really lovely conclusion. But I hope that down the line, there’ll be a reason to pick up those stories again, and whether that’s [Laughs.] like a movie or another Christmas special or whatever,” Levy said. “I would love to work with these actors again.”