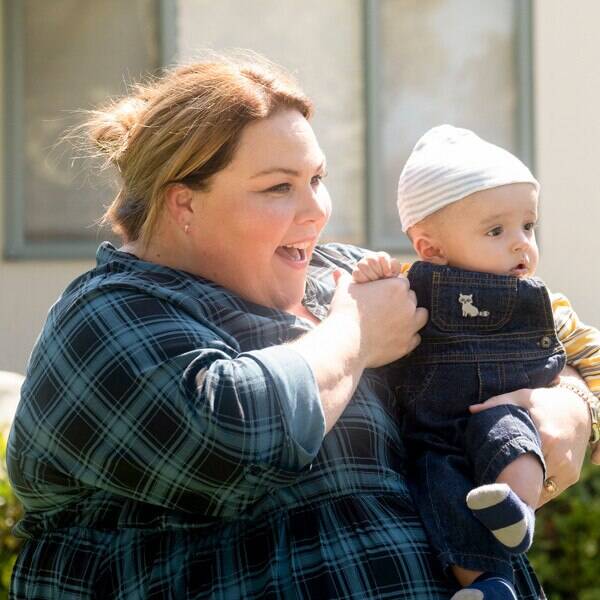 This Is…the most excited we’ve been about This Is Us in quite a while.

While the show dazzled us with its twist-filled first season, it struggled over its next couple seasons to really match that feeling we all got when we realized, at the end of the pilot, that this was one family we had been watching. That feeling has never quite been matched again and likely never will be, but the season four premiere came close when it revealed that the young blind man whose love story we had just watched was actually the grown-up son of Kate and Toby.

Season four has also introduced us to a teen dad named Malik, a struggling military vet named Cassidy (Jennifer Morrison), and tonight, a neighbor recovering from a stroke (Tim Omundson). The world of the Pearsons has expanded, and the show is better for it.

Tonight’s episode introduced Kate to a new friend, Gregory (Omundson), a guy who appeared to just be a grumpy neighbor until he explained why he was so annoyed when Toby’s car blocked the sidewalk.

Just like his portrayer, he had a stroke two and a half years ago, and has to relearn everything, including walking. His only goal right now is to walk a mile, and if the sidewalk is blocked, he can’t take his daily walk around the block.

Kate learned his story as she was crying about Toby secretly getting super ripped (not a joke sentence) while she was busy taking care of baby Jack, suddenly finding that maybe her problems aren’t as bad as she thought they were.

Kevin also gained some perspective during a vet meeting, when he told his dramatic story of saying no to movies in Chicago and having no purpose in life before he ages into AARP commercials, only for Cassidy and Nicky to both crack up laughing.

“I’m sorry, that’s just really stupid,” Cassidy explained, potentially getting all three of them kicked out of the meeting and making us think we were right to immediately guess that Cassidy and Kevin could have a beautiful future together.

In the past, all three kids bonded over Arsenio Hall, in the present, Deja and Tess bonded over the fact that Deja’s new crush has a baby, and Tess doesn’t know how to come out at school. Randall and Jae-Won worked together on their city councilman strategies, and Jack and Miguel got closer at work, and Kate and Rebecca did an aerobics tape together, and it was just a really sweet episode of friends and family hanging out and rethinking their problems and growing the scope of the show in what feels like an organic way.

It was just pleasant to watch, and filled with stories we’re excited about, even if we’re still sort of entertained by Toby secretly going to Crossfit. (That whole story is likely going to end up devastating us, so we’ll giggle while we can.)

We’re just having a good time, and we’re excited to see where this goes.

Riverdale Creator Apologizes to Vanessa Morgan and Vows to “Do Better”