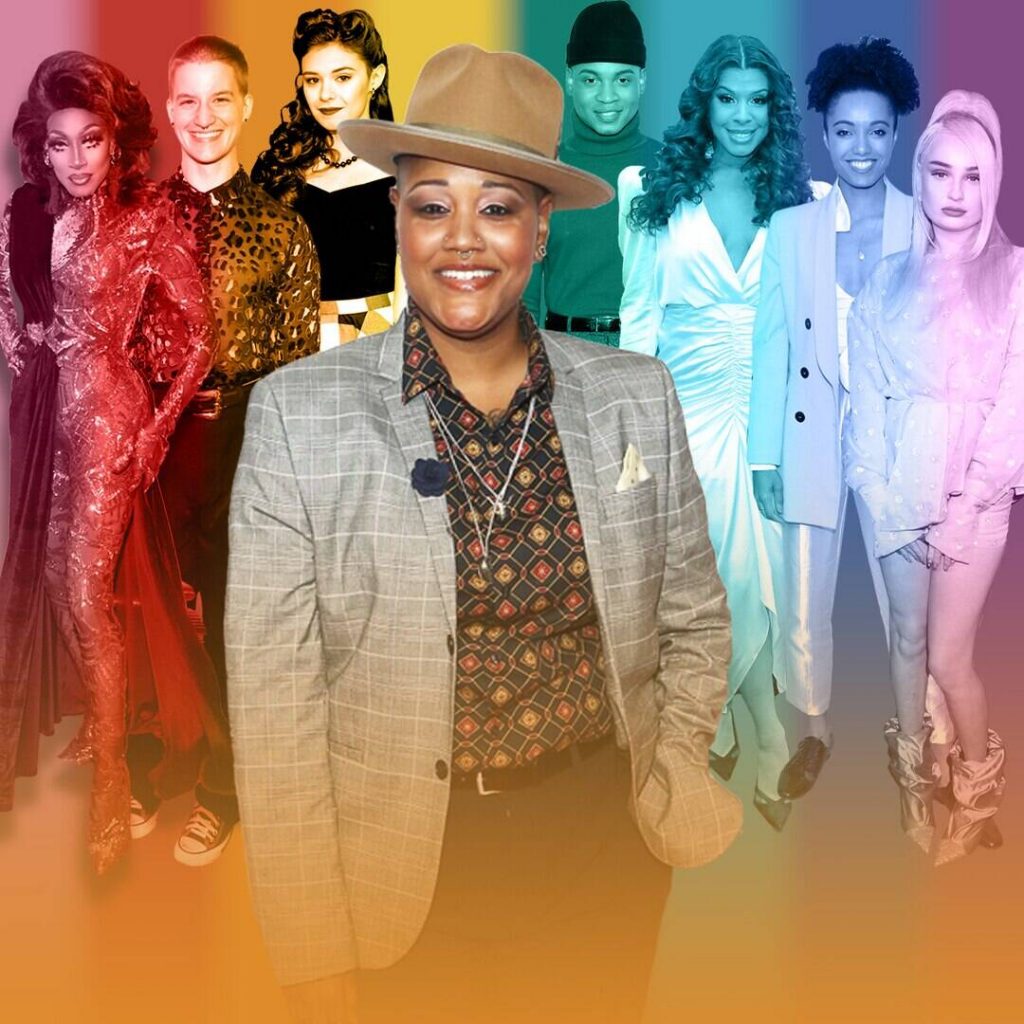 With coronavirus making large-scale festivals a public health hazard and widespread protests forcing the nation into a reckoning on racial inequality, this Pride season is one unlike any other. And yet, the spirit of a movement itself born out of a protest lives on. As the month of June comes to a close and International Pride Day nears, E! News has asked some of Hollywood’s newest generation of LGBTQ stars to share what Pride means to them in 2020.

Welcome to The New Faces of Pride.

Rahne Jones‘ road to Hollywood was anything but typical. After a full-ride to Radford University in Virginia thanks to her basketball skills, she eventually returned to her home state and graduated from University of Maryland, Baltimore County with a bachelor’s degree in English. After that, there were four years spent as an inspector for Homeland Security before a move to New York City to pursue theater.

It was last fall when TV audiences first met the actress thanks to a breakout role in Ryan Murphy‘s The Politician, playing Skye, one of Payton Hobart’s (Ben Platt) many season one adversaries. Returning for the just-released second season, Jones’ character has now become an ally, helping in Payton’s quest for a seat in the New York State Senate.