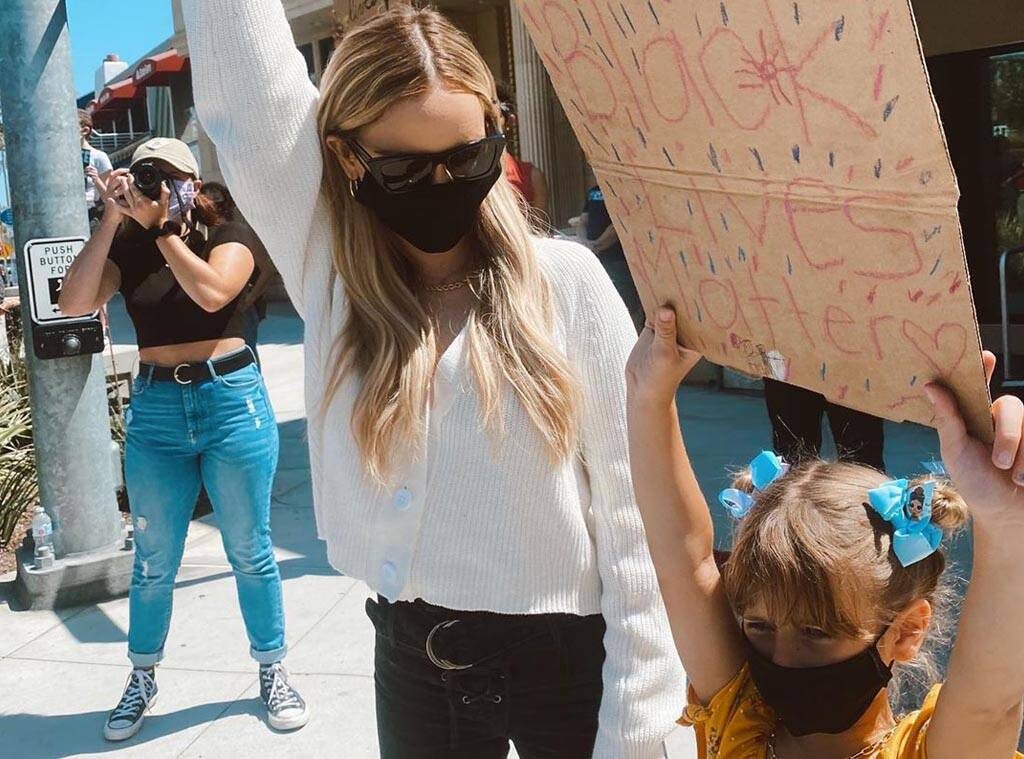 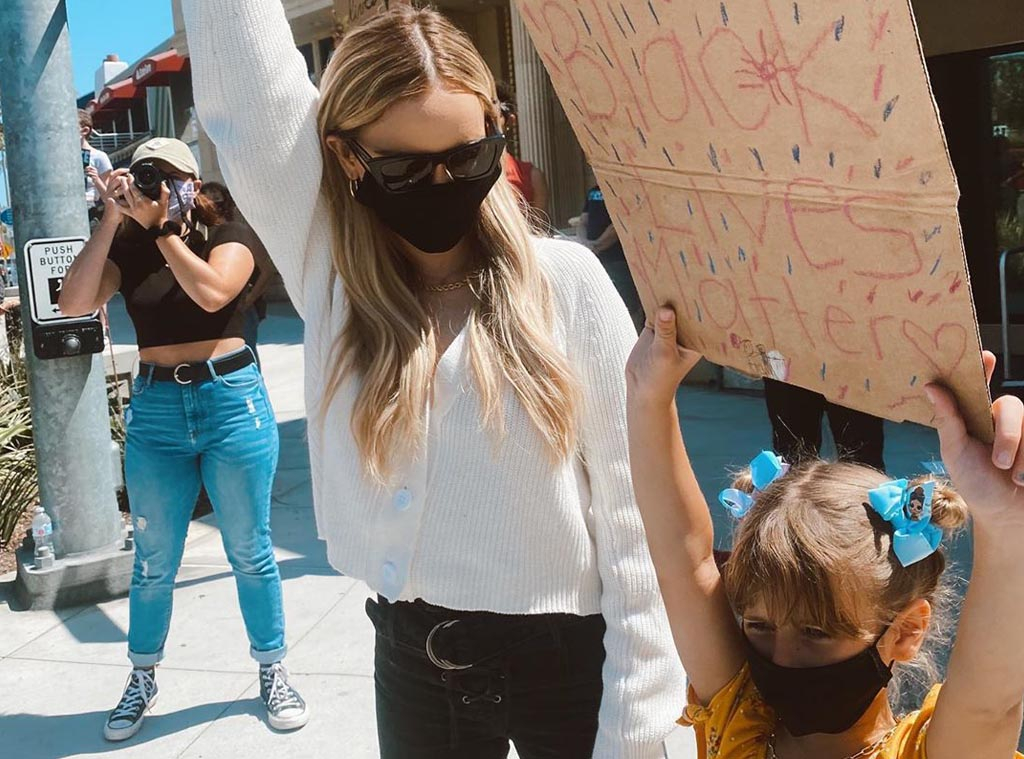 Amanda Stanton is standing by her decision to bring her young daughters to a Black Lives Matter protest.

On Wednesday, The Bachelor star shared a photo of her and 5-year-old Charlie participating in a peaceful demonstration in Newport Beach, Calif. While many of her 1.2 million Instagram followers applauded Amanda for letting her and 8-year-old daughter Kinsley witness history being made, one commenter expressed their disappointment.

“I can’t believe you put your girls in an uncompromising situation and instill fear in their hearts just for shame. Shame on you!!” the Instagram user wrote, to which Amanda responded, “She was not scared and it was very peaceful. She was proud to make her sign and be there and I’m happy she got to experience the emotion and passion in everyone there.”

Amanda then posted a lengthier response to the criticism on her Instagram Stories.

“I understand not everyone is comfortable protesting or bringing kids and I totally understand that! I went back and forth on it and it was a decision I made so they could learn from an early age to use their voice and exercise their rights to stand up for something that’s so important.”

Describing the gathering as “peaceful and powerful,” Amanda continued, “No books or words can ever teach them the passion and emotion behind what they experienced today.”

“I hope it encourages them to be braver than I was growing up when it comes to using their voice and taking action,” the mom of two concluded.

During today’s Newport Beach protest, a car careened through a crowd of protesters. In footage of the incident shared by NBC Los Angeles, protesters are seen fleeing for safety as the Mini Cooper drives through the crowded street. The driver of the vehicle was taken into police custody. NBC LA reports that a bicyclist was struck but did not suffer life-threatening injuries.

Amanda told another commenter who asked if she witnessed what occurred, “We left 15 minutes before and are safe but I am so shook and saddened that happened. It really was such a beautiful and peaceful day.”

The reality TV star and fashion designer is among dozens of celebrities to attend protests calling for racial equality after the police killing of George Floyd.