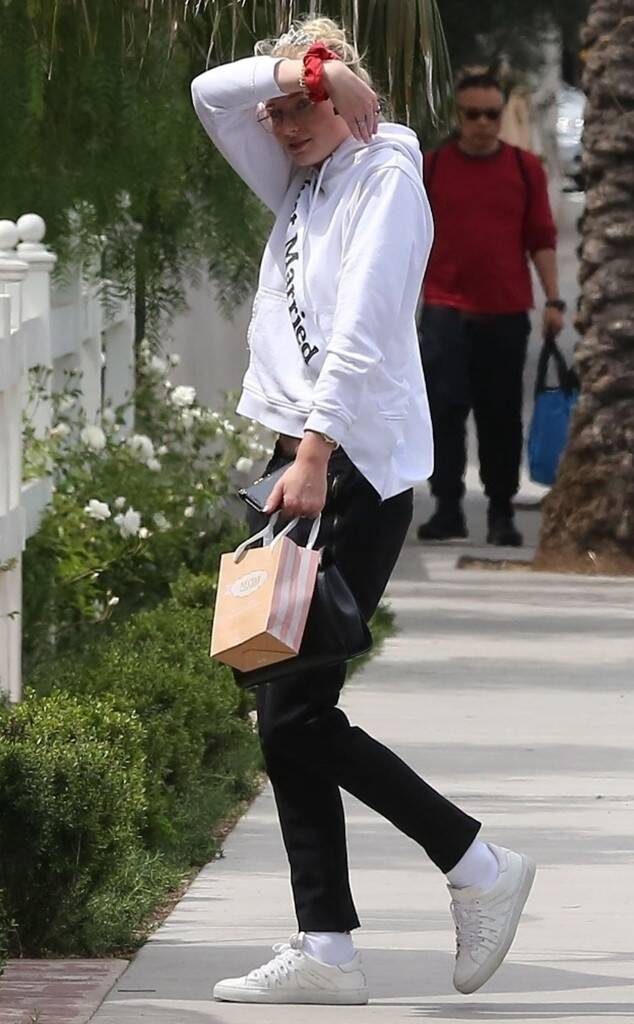 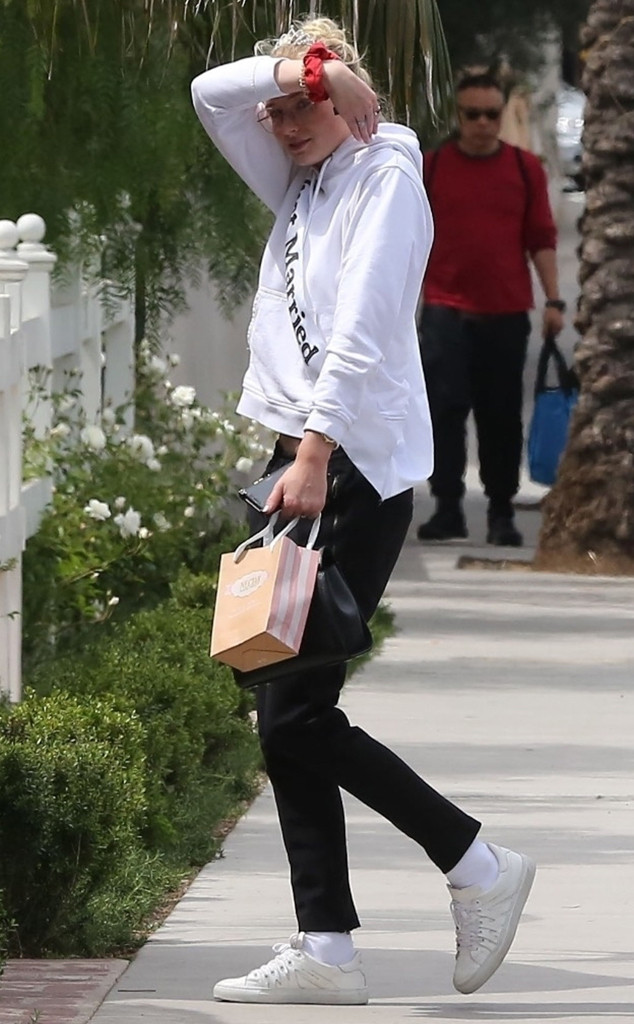 On the heels of their surprise nuptials in Las Vegas, Joe Jonas and Sophie Turner touched down in Los Angeles on Thursday. While their unexpected wedding was no breaking news by the time they returned home from the 2019 Billboard Music Awards, the Game of Thrones star did visibly confirm the milestone as she sported a “Just Married” sash on top of a white sweatshirt. Needless to say, the reports are very much confirmed.

As fans learned in the late hours of Wednesday night and early Thursday morning, the two tied the knot inside the Little White Wedding Chapel’s Chapel L’Amour as an Elvis Presley impersonator had the honor of officiating and celebrity friends packed the room. The couple sealed the deal by exchanging ring pops in lieu of traditional wedding bands as the event was documented on guest Diplo‘s Instagram account. Needless to say, it was quite the unforgettable pop culture moment—and for just over $1,000—a pretty affordable one at that.

As for the many questions surrounding the unexpected event, a source pinned the Las Vegas ceremony on logistics for their upcoming wedding abroad. “They knew they needed to have a legal ceremony in the U.S. and decided a few weeks ago to do it in Vegas after the Billboard Awards,” a source told E! News. “Some of their friends and family would be there, so it felt like the perfect timing.”

The sourced added, “Their real wedding will be in France this summer, but they thought this would be a fun way to make it legal…They wanted to have it planned out in advance to give friends a chance to come. It was a fun night in Vegas and it worked out perfectly.”

As for the new wife and husband, the source said they are “just so excited to be together and to be married.”

Guess not everything stays in Vegas! Congratulations to the new Mr. and Mrs.