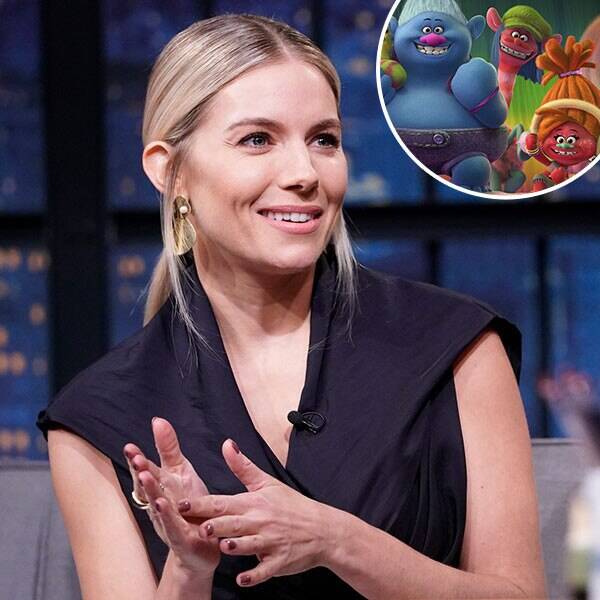 Oh, what could have been.

On Monday night’s episode of Late Night with Seth Meyers, Sienna Miller revealed that she auditioned for a role in 2016’s Trolls—and that she’s still upset about not getting it. Explaining that she wanted to add a kid-friendly movie to her impressive film resume that her 7-year-old daughter Marlowe, who she shares with ex Tom Sturridge, could watch, Sienna admitted that she took the wrong approach with her character’s voice.

“I did embarrassingly do a vocal audition for Trolls,” she confessed to host Seth Meyers. “And I was like, ‘Ooh, Trolls! OK, I’m gonna do something unique,’ which was the stupidest voice…which [Marlowe], at 3 [years old], thought was amazing. I was like, ‘I crushed it.’ Sent it off and didn’t get it. But I’m sure that there will be a tape circulating around that studio of the ridiculous troll voice that I thought was appropriate.”

But alas, Sienna didn’t get the part. To add insult to injury, the American Sniper star said that the person that did land the role she was after used their regular voice.

“Then I watched the movie,” Sienna recalled, “She just did a great, kind of normal voice. So I was really off the mark…I wanted to be that troll.”

After hearing his guest’s sad audition tale, Seth thought of a way that Sienna could still be in the film.

“You know what you could always do?” the late night host began. “Is you could just get the Troll movie, right? And then just re-record your part. Dub it over and your daughter won’t know, you know?”

To our surprise, Sienna seemed into the idea!

Watch the star relive her hilarious Trolls audition in the video above!

(E! and NBC are both part of the NBCUniversal Family.)