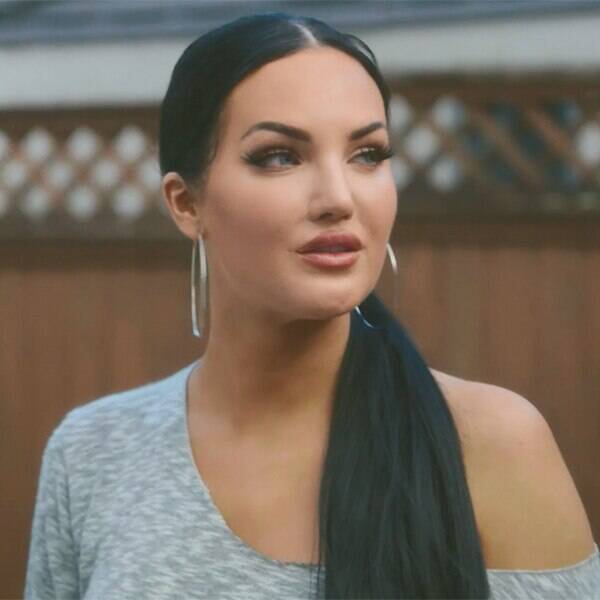 It’s a blast from the past for the Halcro siblings!

Natalie Halcro, Joel Halcro and Stephanie Halcro return to their grandparents’ old house for the first time since childhood in this tearjerker clip from Sunday’s season premiere of Relatively Nat & Liv. The trio probably expected a certain degree of nostalgia to accompany their visit—especially since they’re scoping out the place with intentions to host their parents’ surprise anniversary shindig in the yard, if the new property owner goes for it—but nothing like this.

“I’ve got to show you something,” says the home’s current resident after inviting her unexpected guests inside (she originally finds Nat, Joel and Stephanie snooping around behind the house). Once they’ve toured the space, she leads the group from the family dining room to a wall panel near the back door that’s covered in pencil marks.

As she and her equally teary-eyed siblings pore over the markings, the wall’s sentimental value becomes clearer. It’s a height record from the Halcro-Pierson cousins’ younger years and touts inscriptions for every member of the family, Olivia and Sophia Pierson included.

“Oh my goodness. Look, my name!” notes Joel, as Nat stumbles upon her own beside a mark labeled December 1991. When Stephanie inquires again about the wall’s preservation, the new owner says her family never painted over it because they thought it was “a good sign.”

So now that the gang has gotten weepy in her entryway, think the current resident will greenlight Jim and Rhonda Halcro‘s surprise party idea?

“I want to ask her right now but I feel like it might be a bit intrusive,” Nat tells the camera. “But I’m going to call her later. And I’m hoping she’ll say yes cause my parents will never see this coming.”

Fingers crossed! See the Halcros’ emotional walk down memory lane in the clip above!