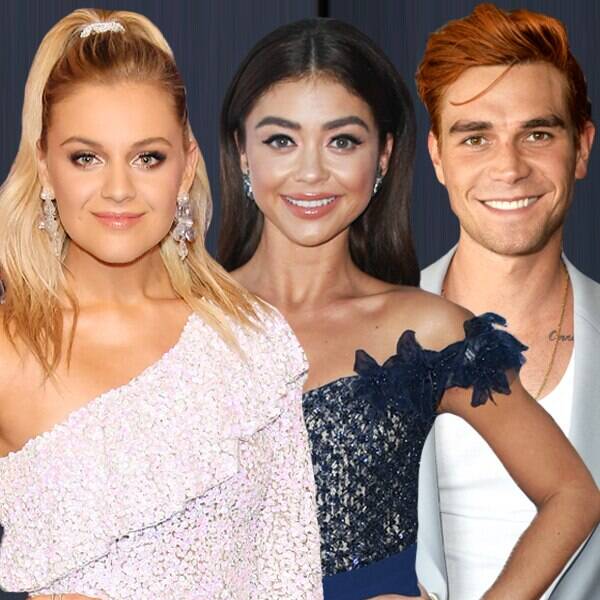 It’s official: The E! People’s Choice Awards are going to be the biggest party of the season!

On Wednesday, E! announced the line-up of presenters and musical performers who will be taking the stage at the 2019 E! People’s Choice Awards, which are going down this Sunday, Nov. 10.

Be ready to dance the night away with performances by Grammy-award winning Alessia Caraand the Grammy-nominated country queen Kelsea Ballerini.

The presenter list is also stacked, with performers like Modern Family‘s Sarah Hyland, Riverdale‘s KJ Apa and The Good Place‘s D’Arcy Carden set to hand out some hardware.

Also, be prepared to laugh, because comedians like Rob Riggle and David Spade will also be giving celebs trophies throughout the night.

Speaking of winners, the presenters aren’t just actors. Sports stars like World Cup-winning soccer player Alex Morgan and tennis player Coco Gauff will also be celebrating which nominees won out in the only award show that is by the people, for the people.

Plus, with Jennifer Aniston, Gwen Stefani and Pink will be receiving the People’s Icon, Fashion Icon and People’s Champion award, respectively, and you won’t want to miss that!

Be sure to tune into the show this Sunday, Nov. 10, to see it all go down.

With behind-the-scenes access, red carpet coverage and more, it’s going to be the show everyone is talking about!