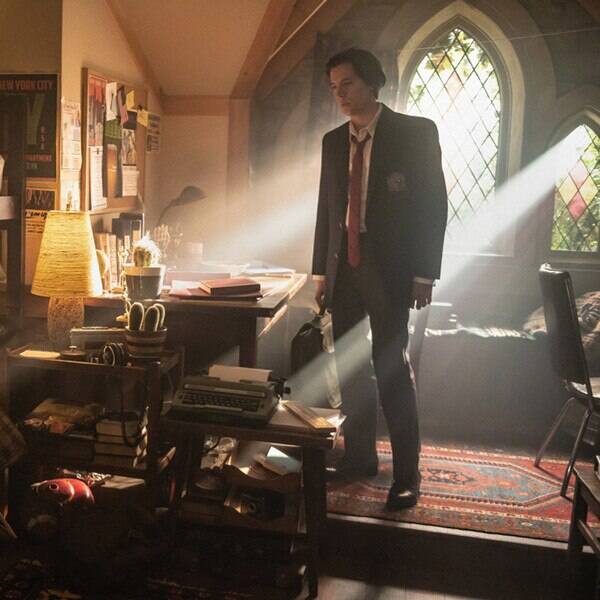 That’s our new theory after tonight’s Riverdale, which ended with a scene in which FP barged into a classroom to accuse Archie, Betty, and Veronica of “the cold-blooded murder of my son, Jughead Jones.” This was directly after Jughead’s writing class was tasked with creating the perfect murder as part of a writing competition, and now we’re pretty convinced these flash forwards are all just the story Jughead ends up writing.

That tracks with how strange and out of tone all these flash-forwards have felt, and how odd FP’s behavior has felt those scenes. They ain’t real! But if they ain’t real, then that’s also wildly disappointing and annoying. Don’t taunt us with in-story fiction, Riverdale. We didn’t come here for that.

Herein lies the problem with Riverdale giving us these flashforwards. No one wants one of the most interesting characters on this show to be dead, but no one wants Riverdale to have been lying to us and making us think something dramatic is going to happen when it’s actually not, because that’s incredibly irritating and also boring.

What does feel likely is that Jughead might write the story of his own murder, and then either it’s carried out in real life, or it’s not a murder at all, and it’s actually an elaborate plan for Jughead to disappear for some reason. And maybe FP is in on the plan and he’s a bad actor? Unclear!

Whatever is going on, we now know that Jughead’s grandfather is indeed involved, in some way. We learned that he was an excellent writer and couldn’t keep a job, which led to some estrangement from his family. Jughead is now embracing his grandfather’s legacy, whatever that may be, and has asked to be called Forsythe.

Below, you’ll find all the Jughead-related clues we’ve gotten so far!

Elsewhere, Betty discovered she’s got the serial killer genes, but so has Charles, so either one of them could be a serial killer or could just be particularly good at dealing with serial killers. Veronica’s parents figured out their legal stuff by having Hermione take a plea deal with a blackmailed pardon from the governor, but now Veronica’s dealing with her secret half sister who’s on Hiram’s defense team. Then there’s Archie, who’s once again donning a mask and trying to keep crime off the streets, and honestly, we couldn’t care less, especially as his shenanigans left less time for Cheryl and Toni, who didn’t even appear in the episode.

Remember when Archie was just a football player dealing with the death of his dad like three episodes ago? How does he get himself into these messes?

Anyway, Riverdale airs Wednesdays at 8 p.m. on The CW.