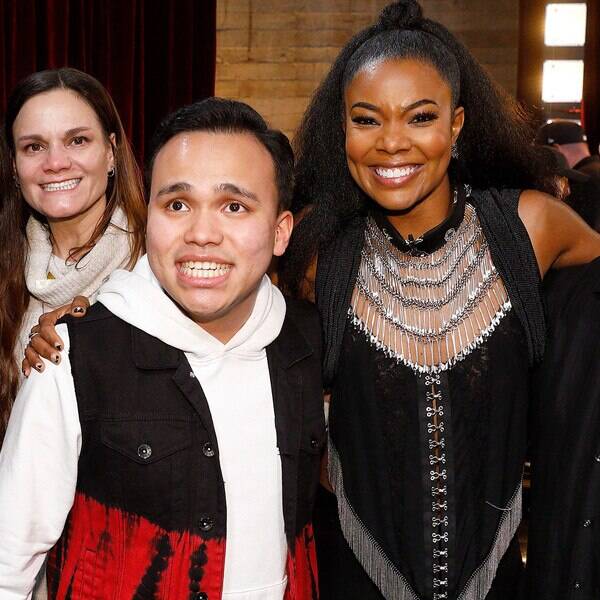 We can’t stop watching competition shows. They are filled with suspense, excitement and of course, drama.

The eight shows that are vying for The Competition Show of 2019 at the E! People’s Choice Awards brought some of the most talked about moments in television this year.

Audiences couldn’t get over the America’s Got Talent judges giving a standing ovation to Kodi Lee after his outstanding audition. In fact, the clip has garnered over 48 million views on YouTube since May.

But, Lee wasn’t alone in having a show-stopping moment while taking part in one of these PCAs competition contenders. Laine Hardy surprised audiences with his triumph return to American Idol while Maelyn Jarmon earned four chair turns for her blind audition on The Voice. Both contestants went on to win!

See all the best moments for the Competition Show nominees and be sure to vote your favorites by heading to the PCAs site or via Twitter. You only have until Oct. 18 to have your voice heard.

The second time was the charm for Hardy. The contestant was eliminated from American Idol in 2018 but returned to the audition stage the following year to play guitar for his friend, Ashton Gill. The judges then encouraged him to audition himself. You could say things worked for the 19-year-old performer after receiving the surprise golden ticket to Hollywood from Katy Perry, Luke Bryan and Lionel Richie. He went on to wow audiences and become the winner of the competition show. His memorable performances include Sam Cooke‘s “Bring It On Home to Me” and The Beatles‘ “Hey Jude.”

Yvie Oddly was a stand out during the Top 5’s “Queens Everywhere” performance. The judges praised her appearance and made her the first Queen to move onto the finale of RuPaul’s Drag Race. For the finale, the 26-year-old performer took on Rhianna‘s “S.O.S.” wearing neon and stuffed animal toys and then, she slayed a rendition of Lady Gaga‘s “The Edge of Glory” making her the season 11 winner. After winning, she told the audience to “follow your oddities and fly your freak flag!”

Lee has been an inspiration since stepping onto the America’s Got Talent stage. The performer, who has autism and is legally blind, wowed the judges with his audition performance of Leon Russell‘s “A Song For You” earning him a standing ovation. Gabrielle Union pushed her golden buzzer to send him to the live shows. With his finale performance of “Lost Without You” by Freya Ridings, Lee was named the winner of season 14 of the NBC hit series.

The Masked Singer is all about the reveal and there was no bigger reveal than season 1 winner, T-Pain. Throughout the Fox show, the 34-year-old performer showed off his versatility and singing abilities while under the guise of the monster. From taking on Queen‘s “Don’t Stop Me Now” to putting his dance moves on display during his “This Is How We Do It” performance, audience couldn’t seem to get enough of the “Bartender” singer.

Colton Underwood broke the unwritten rules of The Bachelor. The reality star was heartbroken when Cassie Randolph, the woman he loved, left the show because she was not ready to commit. The 27-year-old former NFL player then jumped the fence to find her and ultimately, bring her back to the show. The moment was a viral sensation but the best part for Underwood was that the gesture worked. The couple reunited and have been happily together ever since!

It all started with four chairs turning for Maelyn Jarmon on The Voice when she performed Sting‘s “Fields of Gold.” Adam Levine, John Legend, Kelly Clarkson and Blake Shelton all gave the 26-year-old singer a standing ovation before she selected to be part of Legend’s team. Over the course of the show, she gave memorable performances of Coldplay‘s “The Scientist” and Rihanna‘s “Stay”. Before being crowned the season 16 winner, she joined her coach for a special duet of “Unforgettable.”

Hannah Brown was all about keeping it real on her season of The Bachelorette. The reality star was never afraid to put a guy in his place or reveal intimate details about herself throughout her run on the show. While she didn’t get the happy ending she wanted on the show after her failed engagement to Jed Wyatt, she became a fan favorite especially when she stood up for herself during a frank conversation about sex with Luke Parker.

With competitors from the around the globe, Turabi Camkiran AKA Turbo was the winner of The Challenge: War of the Worlds after completing the “Death Path” challenge in first place. His physical performance paired with his drive to win made him one of the most competitive contestants on the show. Previously, the 31-year-old MMA fighter also won Survivor Turkey 8.

(E! and NBC are both part of NBCUniversal).