The sky is the limit!

Priyanka Chopra is on cloud nine after attending the world premiere of her latest movie, The Sky is Pink, at the 2019 Toronto Film Festival. Moreover, the actress’ film is already getting plenty of love from critics. So much so that the film reportedly received a four-minute standing ovation after its screening.

Speaking to E! News on the TIFF red carpet, the 37-year-old star gushed over her role and revealed what it was like working with a lot of kids. “We had a lot of babies in this movie, I’ll tell you that… because the daughter ages so much,” she said with a laugh. “It was great. I mean, I love kids.”

If anything, Chopra admitted she rather hangout with children than adults. “Kids are my favorite people. I’d prefer their company over adults, actually,” she shared. “So it was amazing to be part of this movie.”

Naturally, since she has a soft spot for children, she hinted that babies are on her and husband Nick Jonas‘ brain. 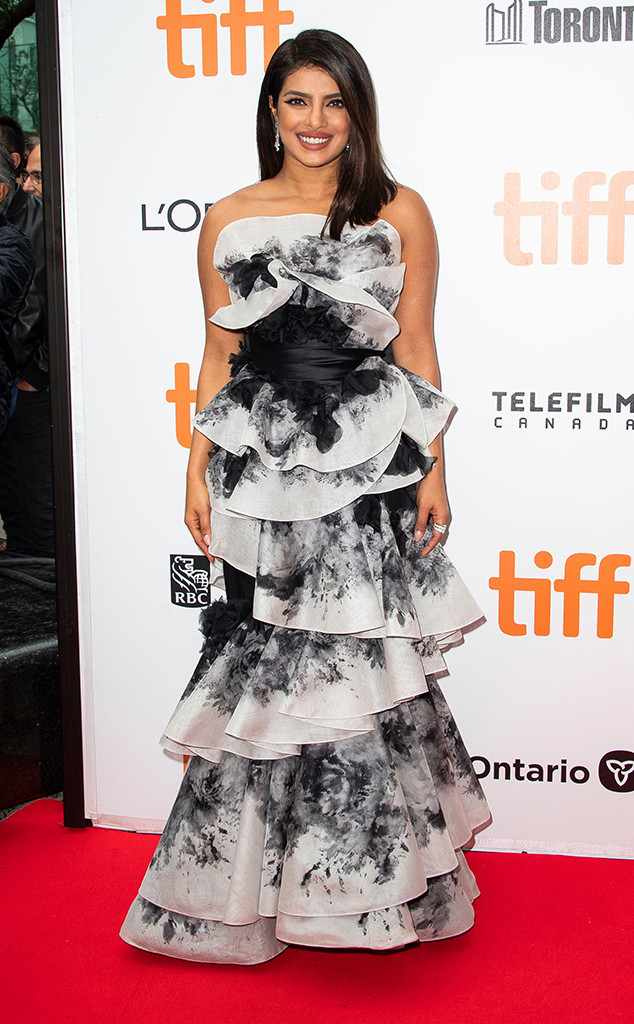 When asked if she and the Jonas Brothers star plan to have kids in the future, she responded with a huge smile on her face, “Hopefully, if god blesses us with them.”

This isn’t the first time the Isn’t It Romantic actress has touched on the topic of babies. Earlier this month, she revealed that getting pregnant is certainly on her and Nick’s “to-do list.”

“Buying a home and having a baby are on my to-do list,” she told Vogue India as its cover star for the September issue. “For me home is wherever I’m happy, as long as I have the people I love around me.”

Even the 27-year-old star (who celebrated his birthday today!) has talked about starting a family with his leading lady. “I definitely want to be a father someday,” he said last December—and nearly a week after getting married to Priyanka. “And I have seen a lot of life at an early age and I hope to be able to share that with a kid of my own someday.”

However, it looks like the couple is going with the flow when it comes to starting a family.

“Yeah. Always. I’ve always wanted to,” The Sky Is Pink star previously told E! News after being asked if she’s ever wanted to be a mom. “I think, you know, whenever God wants it to happen.”