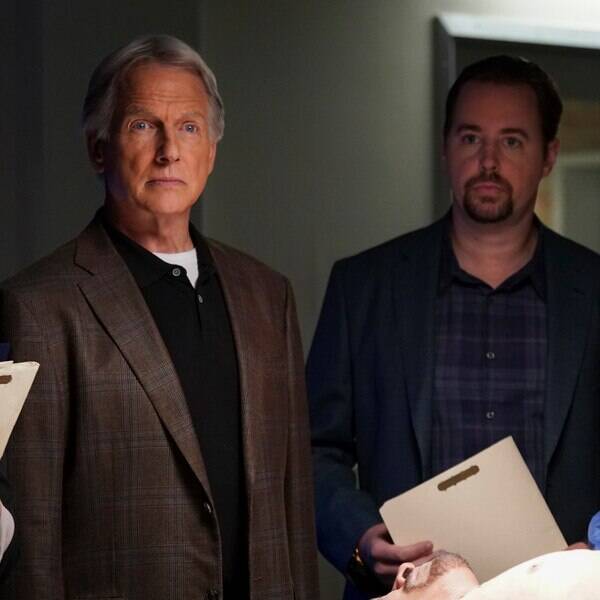 Cote de Pablo returned as the thought-to-be-dead NCIS agent at the end of tonight’s season 16 finale, but just for one split second appearance to tell Gibbs (Mark Harmon) that his life is in danger.

“Hello Gibbs. No time for pleasantries. You’re in danger,” she said as she suddenly appeared at the top of Gibbs’ basement stairs.

He spent the whole episode hallucinating his ex-wife during a somewhat personal case involving her daughter, so Gibbs’ head and his rule to not get personally invested were both being tested. Whether Ziva’s appearance is a continued hallucination or actually Ziva has yet to be seen, but based on the fact that we learned earlier this season that she’s likely still alive, we’re gonna guess/hope it’s actually her.

Back in February, Agent Bishop discovered Ziva’s secret office, where she was keeping journals of all the cases she got a little too invested in. After using the journals to solve the case, Bishop found a note: Eleanor Bishop, for the safety of my family, please keep my secret.”

Cote de Pablo left the show in season 11, but Ziva allegedly died in season 13 when her house was destroyed in Israel, and she left behind her daughter Tali. Tony (Michael Weatherly) later left the show to care for Tali.

NCIS will return to CBS for season 17 in the fall to explain what’s going on, hopefully.