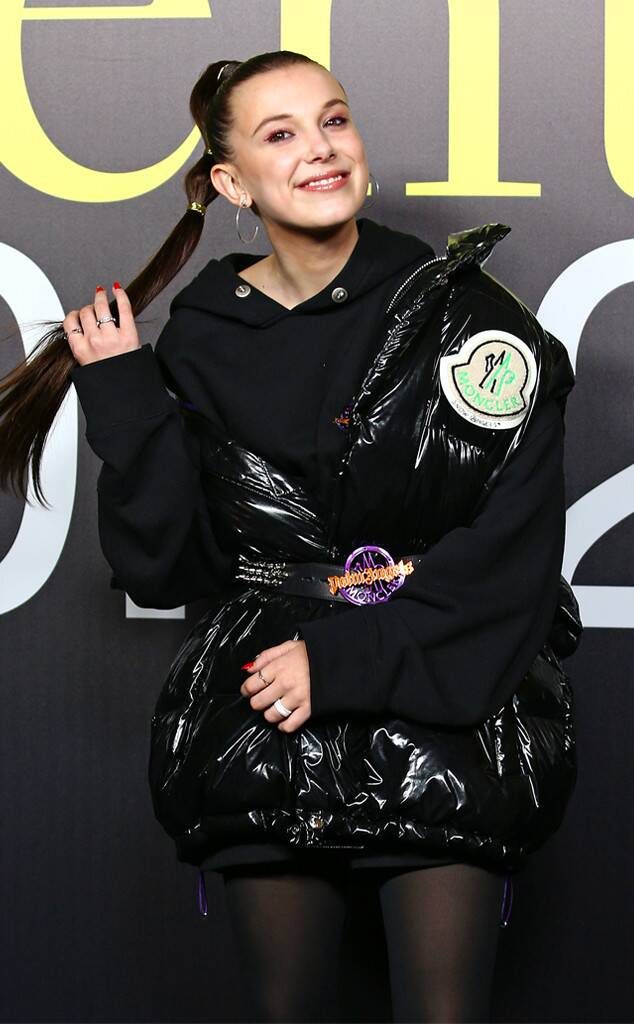 Everyone has those days where all you can bring yourself to wear are your favorite pair of sweats.

Believe it or not, Stranger Things actress Millie Bobby Brown feels the same way every now and then, but she’s letting us in on her secret to still feeling confident no matter what.

On Friday, the 15-year-old actress debuted a new collection with the Pandora Me Charm Academy in New York City and participated in a panel discussion with New York Times Best-Selling Author Elaine Welteroth. At the event, Millie caught up with E! News about all things confidence, celebrity style inspirations and celebrity crushes.

The actress told E! News that she doesn’t think she’ll ever fully grasp the level of fame she’s reached at such a young age and the fact that she’ll always be recognized in public.

“I don’t think it will ever be a normal thing,” she told E! News. “Some days I go out and I make sure I look somewhat presentable and some days, I look like an absolute hot mess.”

A hot mess? Where, Millie?!

When asked where her confidence stems from, Millie said, “I think I came out the womb… singing Lizzo.”

The British actress continued to discuss the importance of feeling confident and comfortable in your skin.

Of her collaboration with Pandora Me Charm Academy, she said she’s always been “a really big fan of Pandora since I was relatively young. The [Pandora collection] really represents individuality and embracing yourself.” 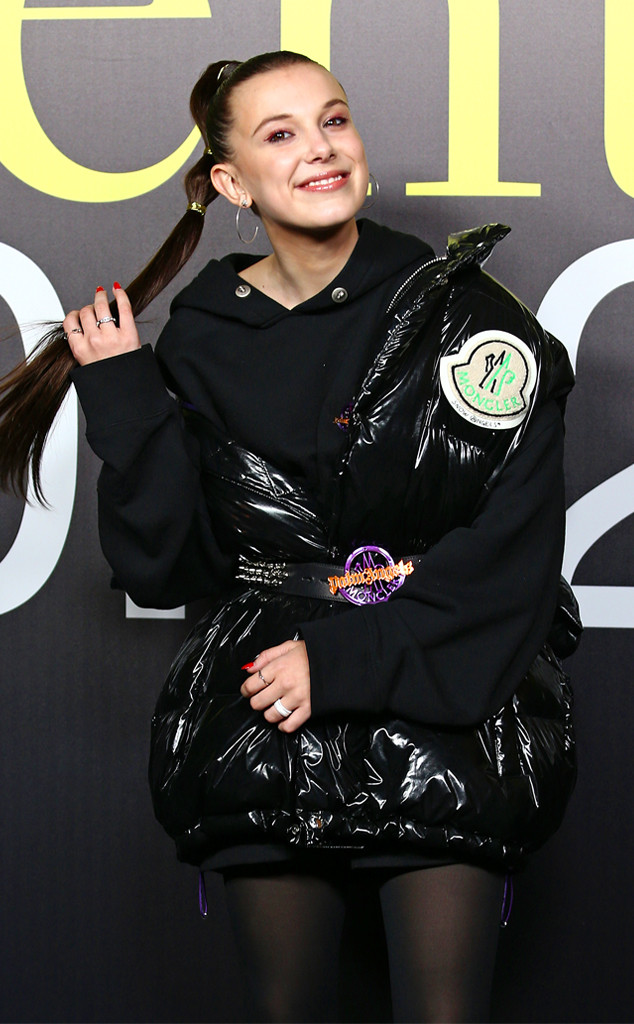 The Godzilla: King of the Monsters star also let us in on her celebrity style inspirations, citing Gossip Girl‘s Blake Lively, To the Bone‘s Lily Collins, and HBO’s Euphoria leading lady Zendaya as her personal fashion icons.

And the teen is quite a fashion icon in the making as well.

From rocking a Winnie the Pooh onesie like no one ever could, Millie has given us her fair share of iconic looks. In September, she debuted the perfect hair color for the fall season with her honey blonde hair and during a screening of the latest Stranger Things season, Millie was seen donning an oversized blazer which gave us major ’80s vibes.

The actress, who recently launched a vegan beauty brand, also shared with E! News her dream of sitting on the director’s chair someday.

“If I could direct anyone, I would want to direct Leonardo DiCapriojust so I can look at his face all day,” she said. “Or Timothée Chalamet, just kidding!”