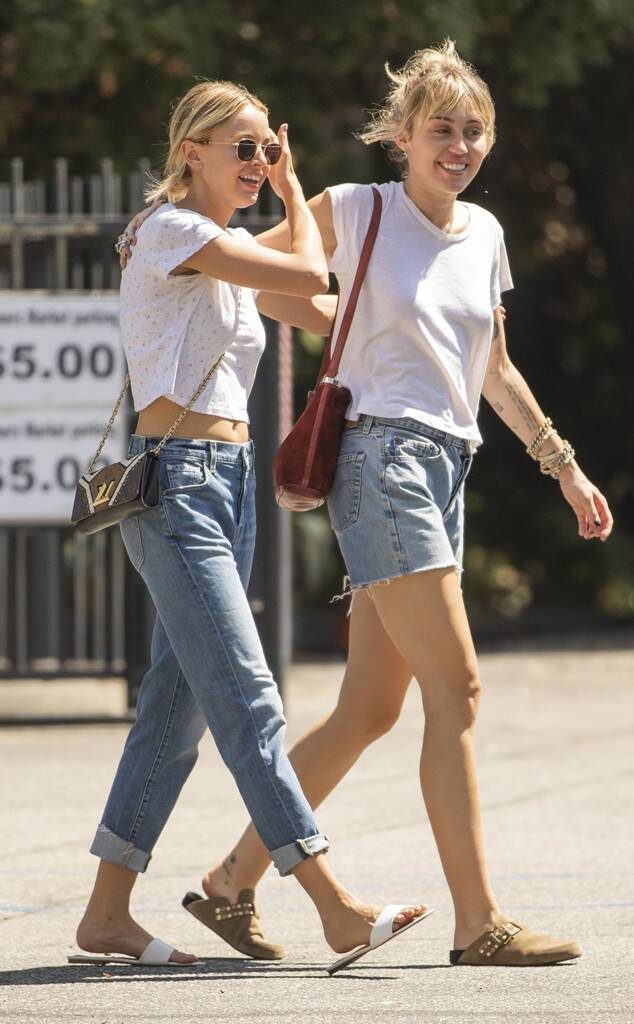 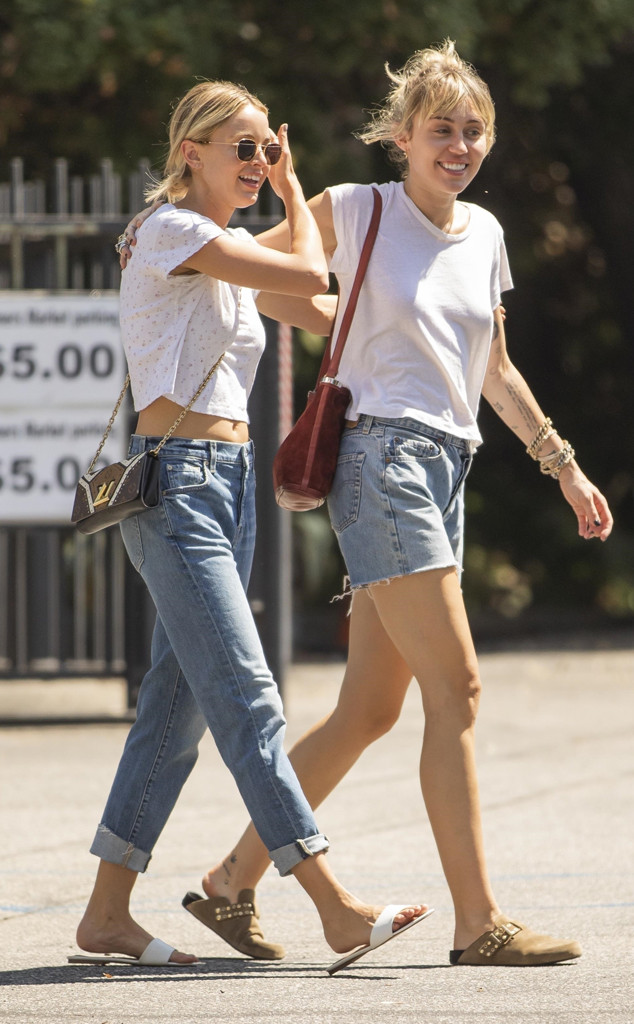 Miley Cyrus and Kaitlynn Carter are celebrating the end of summer.

Over Labor Day weekend, the two were seen getting lunch with the “Slide Away” singer’s mother, Tish Cyrus. And from the looks of their day-time outing on Sunday, they appeared to be all smiles and couldn’t keep their hands off each other.

At one point, the 26-year-old singer had her arms wrapped around The Hills: New Beginnings star. Making their hangout even more cute? The two donned matching ensembles and hairstyles, as they opted for comfy (but cute) white tees and washed-out denim bottoms. However, the reality TV personality slipped into cropped jeans while Miley wore cut-off shorts.

They both accessorized with cross-body handbags, sandals and effortless ponytails.

This isn’t the first time the pair has hung out with Miley’s mom. About two weeks ago, the “Mother’s Daughter” singer and Carter grabbed lunch with the 52-year-old actress and producer.

“Miley and Kaitlynn have been spending time at Miley’s mom’s house,” an eyewitness told E! News at the time of their outing. “They all went out to lunch together on Saturday afternoon at Soho House in West Hollywood. The three of them drove together in Tish’s car. They were deep in conversation.”

The observer added, “They had lunch in the restaurant and stayed at the club for almost two hours. They all left together and returned to Tish’s house at the end.”

More recently, the reality TV personality and the “Slide Away” singer were spotted holding hands at the 2019 MTV VMAs after-party. They attended Columbia Records’ bash at New York’s Up&Down.

In fact, they were at the same party Carter’s ex-husband Brody Jenner attended. He arrived with his girlfriend and 22-year-old model Josie Canseco.

The MTV stars split earlier this summer after getting married in Indonesia last June. However, a source told E! News that the couple was never actually legally married, despite their lavish ceremony.

Moreover, to the surprise of many, Miley and Liam Hemsworth called it quits in mid-August after less than one year of marriage. “Liam and Miley have agreed to separate at this time,” a rep for the 26-year-old singer said in a statement shared with us. “Ever-evolving, changing as partners and individuals, they have decided this is what’s best while they both focus on themselves and careers.”

With summer pretty much coming to a close, it seems like everyone is moving on and ready for a fresh start.