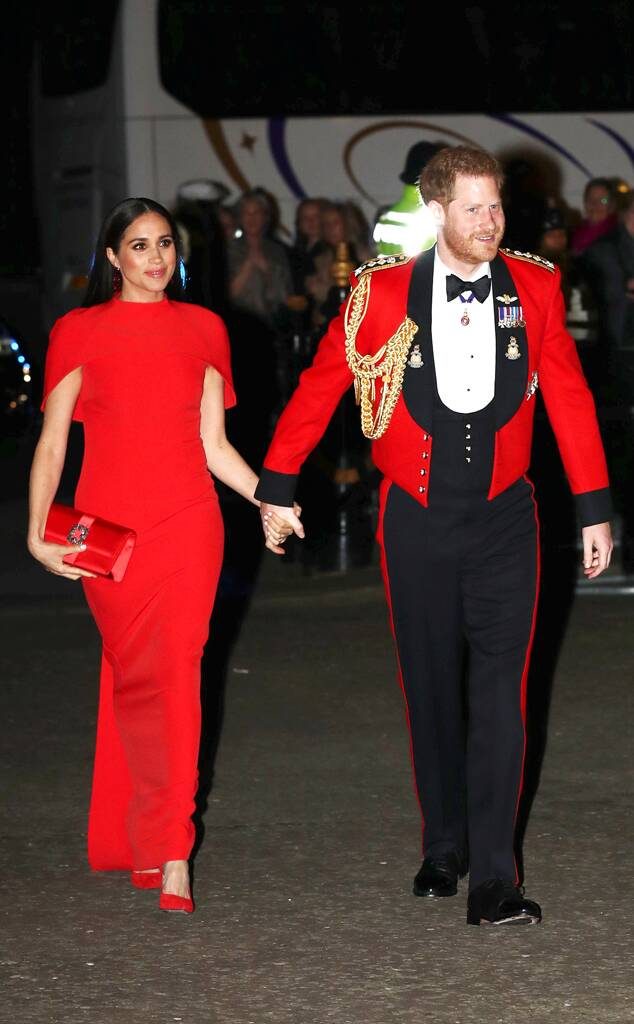 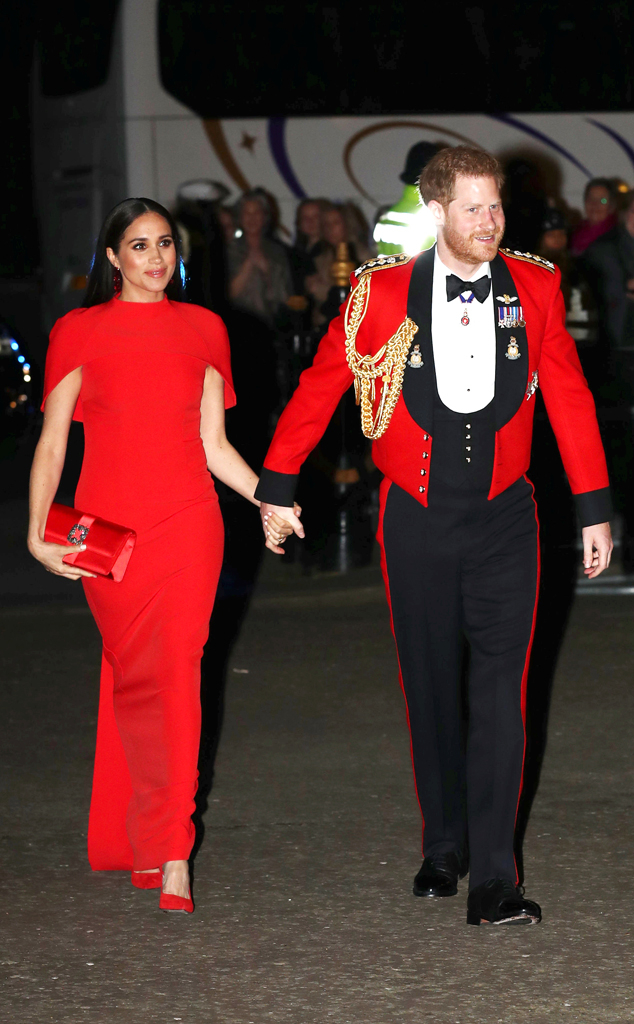 Meghan Markle and Prince Harry are proving once again why they’re couple goals… and fashion goals.

On Saturday, the famous pair turned heads and dropped jaws, as they made a grand (and unforgettable) entrance at the Mountbatten Music Festival at the Royal Albert Hall event in London, England.

The dynamic duo certainly stole the show when the both they sashayed into the room, hand-in-hand, in matching red ensembles.

For the special occasion, the former Suits star lit up the room in a regal red Safiyaa gown that featured a floor-length cape, puffed sleeves and a dainty back slip that put her toned legs on display.

Prince Harry also cleaned up nicely for the event, as he donned a red embroidered coat and military regalia.

And this celebration is a bittersweet one, as it’s Harry’s last engagement as the Captain General of the Royal Marines, a role he was given in December 2017.

This wasn’t lost on attendees, as the couple received a long round of applause and a standing ovation from the crowd as they took their seats in the royal box, per the PA Wire.

Aside from having a little date night, the couple attended the event for a good cause, as it helps to raise money for the Royal Marines Association.

Considering this is the one of the couple’s final appearance as “senior members” of the royal family, it’s safe to say they are ending it on a high note. Starting on March 31, the two will transition out of their royal duties.

Fans may recall that in January, the couple made the shocking decision to step back from their royal duties.

“After many months of reflection and internal discussions, we have chosen to make a transition this year in starting to carve out a progressive new role within this institution,” the statement from the two began. “We intend to step back as ‘senior’ members of the Royal Family and work to become financially independent, while continuing to fully support Her Majesty The Queen.”

“It is with your encouragement, particularly over the last few years, that we feel prepared to make this adjustment. We now plan to balance our time between the United Kingdom and North America, continuing to honour our duty to The Queen, the Commonwealth, and our patronages,” their statement continued. “This geographic balance will enable us to raise our son with an appreciation for the royal tradition into which he was born, while also providing our family with the space to focus on the next chapter, including the launch of our new charitable entity.”

While the couple hasn’t shared what plans they have set in their future, they making an upcoming appearance at the annual Commonwealth Service at Westminster Abbey on March 9.