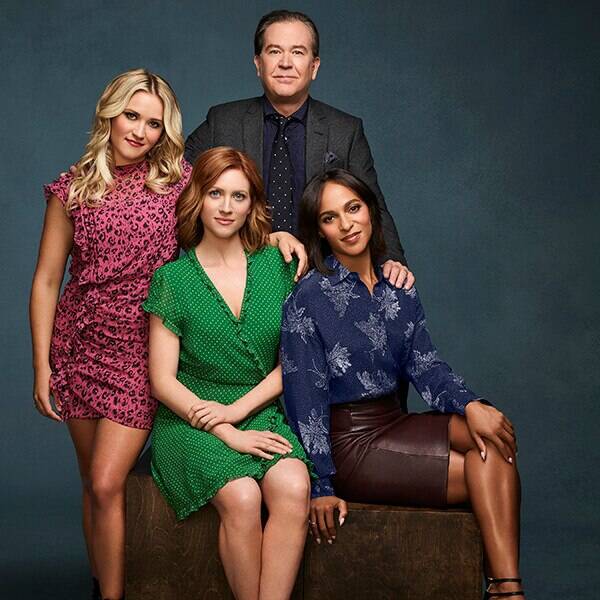 Sometimes you can find a family in the weirdest, most awkward of ways.

Fox’s new show Almost Family tells the story of a woman (Brittany Snow) who thinks she’s an only child until she discovers that her fertility doctor father (Timothy Hutton) has been using his own genetic material to father dozens of children. This leads her to two sisters she never knew about, former best friend Edie Palmer (Megalyn Echakunwoke) and ex-Olympic athlete Roxy Doyle (Emily Osment), and a whole bunch of new issues that naturally come when your father goes to jail for a serious, life-altering crime and you suddenly discover a whole bunch of new half-siblings.

E! News has a whole exclusive gallery of the cast and this incredibly awkward family, which you can see below!

This is Brittany Snow’s first leading TV role since American Dreams ended in 2005, and Emily Osment starred in Young & Hungry before appearing regularly on Netflix’s The Kominksy Method. Megalyn Echikunwoke voiced and portrayed Vixen on The CW.

You can see the glamorous photos below, and check out the trailer for the new series.