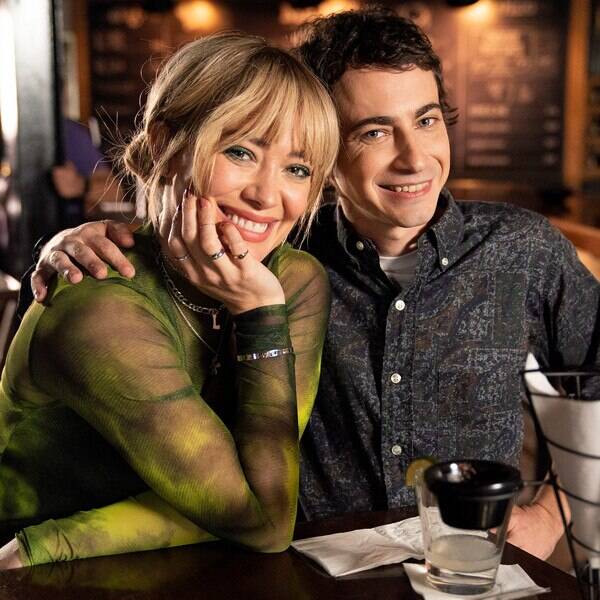 Any other millennials ready to storm the gates of Disney+?

Thanks to Variety, a little more insight has come out in terms of why the Lizzie McGuire series continues to stall. Original series creator Terri Minsky was fired in early January after two episodes had been filmed, while Hilary Duff and new husband Matthew Koma were on their honeymoon, and the show hasn’t resumed filming.

After it was announced that the Love, Simon sequel series was moving from Disney+ to Hulu for not being “family-friendly,” Hilary Duff posted that headline in her Instagram story and said it “sounds familiar…,” leading us all to wonder if the same thing was happening with Lizzie.

According to Variety’s sources, Minsky and Duff wanted an “adult” version of Lizzie, while Disney+ wanted something more like the original show, for kids and families, though Disney was originally on board with Minsky’s pitch.

In an interview with Variety, Minsky said she hoped the two episodes she helped create could still be seen.

“I am so proud of the two episodes we did,” she said. “Hilary has a grasp of Lizzie McGuire at 30 that needs to be seen. It’s a wonderful thing to watch. I would love the show to exist, but ideally I would love it if it could be given that treatment of going to Hulu and doing the show that we were doing. That’s the part where I am completely in the dark. It’s important to me that this show was important to people. I felt like I wanted to do a show that was worthy of that kind of devotion.”

Variety also reports that Duff is not happy with Minsky’s firing, and that a new showrunner is currently being searched for, but this particular Lizzie McGuire fan would like to politely ask for the version of the show created by the original creator and star.

Minsky and Duff’s take on the reboot was that Lizzie is about to turn 30 and is living her dreams in NYC as the assistant to a designer, “but things aren’t always what they seem.” She’s accompanied by her same 13 year-old animated alter ego to help her navigate the ups and downs of adulthood, and Lizzie’s family (Hallie Todd, Robert Carradine, Jake Thomas) and best friend Gordo (Adam Lamberg) were all set to be a part of the series.

At the time of Minsky’s departure, a Disney spokesperson said, “Fans have a sentimental attachment to Lizzie McGuire and high expectations for a new series. After filming two episodes, we concluded that we need to move in a different creative direction and are putting a new lens on the series.”

Now, Variety has a second statement from a Disney spokesperson.

“We paused production on ‘Lizzie McGuire’ a few weeks ago to allow time for some creative re-development,” Disney+ told Variety. “Our goal is to resume production and to tell an authentic story that connects to the millions who are emotionally invested in the character, and a new generation of viewers too.”

It seems like all of these problems could be solved by simply moving the show, as Minsky and Duff originally pitched it, over to Hulu (like the Love, Simon series, Love, Victor) or even the Disney-owned, adult-friendly Freeform but hey, we’re not Disney executives. We’re just potentially devastated Lizzie McGuire fans, hoping to see the show we were promised.

E! News has reached out to both Minsky and Duff for comment.