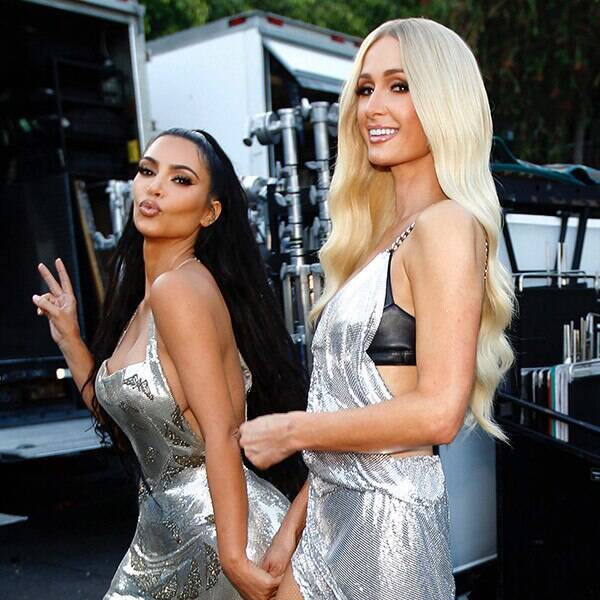 There is no schedule too demanding for Kim Kardashian!

“God, I’m so tired,” she huffs in this preview clip from Keeping Up With the Kardashians‘ upcoming 17th season, which premieres Sunday, Sept. 8, at 9 p.m. “And I have to work all night.”

What for? As the KKW Beauty boss goes on to tell Khloe Kardashian, she’s heading into the city to shoot a music video for one of Paris Hilton‘s “new songs.” Those of us who’ve since watched the It-Girl-turned-disc-jockey’s “Best Friend’s Ass” video on YouTube can probably guess which buzzy EDM track Kim’s referencing here. And now we’re wondering if the ultra-busy mom of four finished this chat with Khloe and walked straight into an underground warehouse party.

“That’s so nice that you’re doing that,” says KoKo, noting later on that her sister’s schedule is “crazy” right now, even more so than usual. It’s the first week of May, which means Kim is juggling Met Gala prep and Psalm West prep, since her fourth baby is due to arrive any minute now.

But Kim insists she’d “do anything” for Paris—except dance in her music video because that’s just where she draws the line—who’s an old friend in addition to technical former employer.

“She literally gave me a career,” Kim continues. “And I totally acknowledge that.”

She’s serious about it too. When True Thompson‘s mom points out that most people in her position probably wouldn’t make time for return favors, Kim says she’d put all her personal and professional preparations aside to make good on Paris’ request because “it’s important to me to be loyal to people.”

Hear the conversation in full—and see if you can figure out what Paris’ dressing room smells like because Kim seems to recognize it right away—in the clip above!