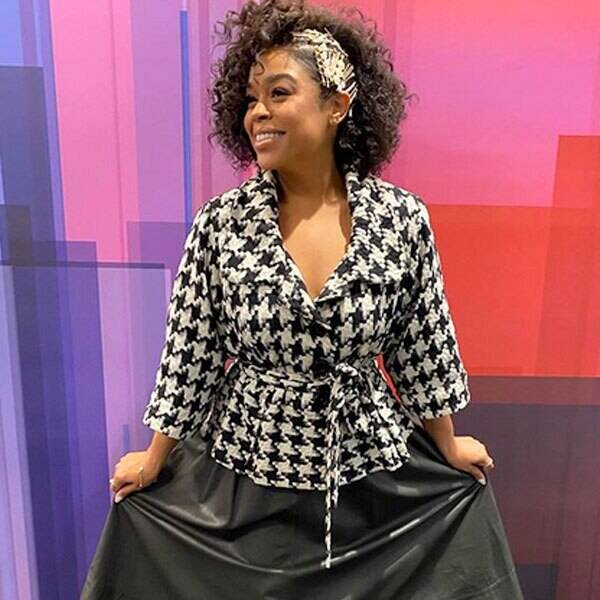 On Friday, actress Julissa Calderon emphasized this point as she stopped by Pop of the Morning to discuss her Netflix show, Gentefied. The comedy-drama follows the fictional Morales cousins as they try to save their grandfather’s taco shop amid gentrification in their Los Angeles neighborhood.

“It’s an amazing show, it’s so well written and…it shows us in all of our arcs,” Calderon, who plays local activist and Ana Morales’ girlfriend Yessika Castillo, shared with POTM co-hosts Victor Cruz, Lilliana Vazquez and Scott Tweedie. “You don’t ever see that! You don’t see brown people—unless they’re behind a cell, being maids—this shows exactly who we are. It’s beautiful.”

This point resonated with Vazquez, who emphasized that “Latinx characters are so underrepresented in film and in television.”

Of course, this role has been a “dream come true” for Julissa, who revealed her part was rewritten to reflect her Dominican heritage.

“The role originally of Yessika was a Mexican girl from East Los Angeles. And I went in twice and the first few times they passed on me,” Calderon detailed on her audition process for Gentefied. “They were like, ‘She’s just so Dominican.'”

Apparently, by the third round of auditions, Calderon was advised to tweak her accent to be more neutral. Understandably, this baffled Calderon, who noted she was still “Dominican as hell.”

“Two hours before I was like, ‘I’m not doing it! I’m just gonna go in as me and I’m gonna take the chance,'” the New York-born actress relayed. “And I did it and then they ended up rewriting the role and making her a Dominican girl from New York, who moved to Los Angeles.”

While the story of Gentefied is about one neighborhood in Los Angeles, it has universal themes that will resonate with audiences all over the world.

“It’s about humans, period. You can identify with anyone,” Calderon expressed in regards to the bilingual show. “We’ve had people from India reach out, somebody from Berlin…It’s crazy. It’s, honestly, just humanity.”

For more of Calderon’s thoughts on Gentefied, be sure to watch her full sit down above!

You can watch the feel-good show on Netflix now.

Watch Pop of the Morning weekdays at 11 a.m.!