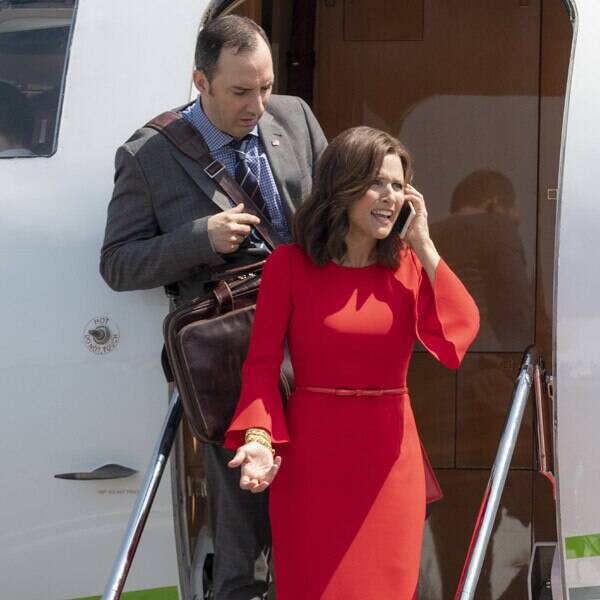 The series finale of Veep may have come and gone, but the journey for the cast isn’t over yet.

Louis-Dreyfus has won the Emmy for her role as Selina Meyer six times before, and we’ve come to expect something a little bit hilarious to go along with a JLD acceptance speech, like when she had Tony Hale go up as her long-suffering assistant Gary. This year, however, we might just get tears.

“I’m not planning it. If I do anything it usually comes to me at the last second, and I may just start crying to be honest with you,” she told us at a Deadline event celebrating the show on Tuesday. “Even as I say that, I’m feeling tearing up. It feels like such a tonnage of goodness, I think I’m gonna be undone if that happens.”

She also spoke about a picture she recently posted on Instagram of her and Hale “only minutes” after finishing the last scene of the series, and that also featured a lot of crying.

“I had been bawling my eyes out, so you can see in my face, I’m sort of swollen,” she says. “But there’s something about that picture that makes me really happy to look at it, because…it speaks volumes, but within it there’s a lot of emotion and satisfaction and exhaustion and joy all at once. It’s a mashup of a million things.”

Hit play on the videos above to hear more from Louis-Dreyfus and Hale on saying goodbye to the series.