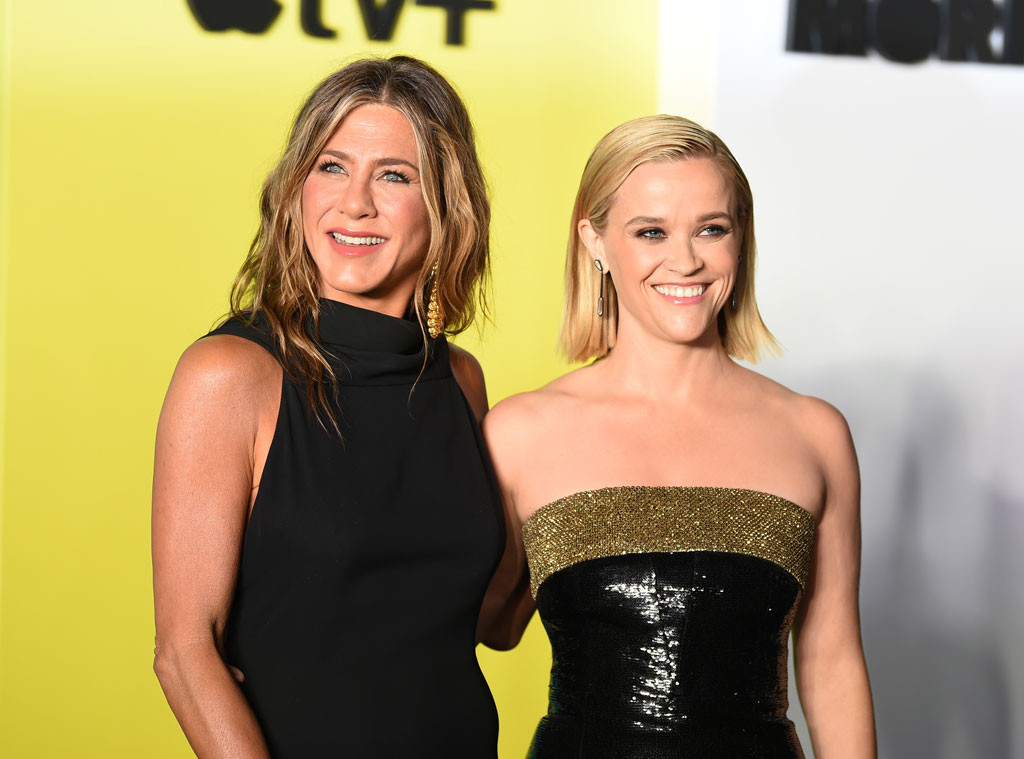 Reunited and it looks so good!

Jennifer Aniston and Reese Witherspoon will once again be sharing the small screen together, and from the looks of their red carpet appearance on Monday at the premiere of their new show The Morning Show, it looks like it will be a sweet reunion. Major television fans will recall that the two once played sisters in a little show called Friends. Ever heard of it? Now, they will play colleagues, and possible rivals, in their highly anticipated Apple TV series.

Both women stunned on the carpet opting for black gowns. Reese channeled a chic spy in with her slicked back bob, and Jen rocked the beachy waves we’ve come to know and love her for. The pair has been gearing up for the release of their series also starring Steve Carell. It’s the streaming services first show, but has already garnered a lot of attention.

The two have also taken the reigns behind the scenes, and have been instrumental in helping shape the shows foundation as executive producers. “It’s just a dream,” Jennifer told E! News’ Will Marfuggi about her dual roles on the series. “It was an absolute dream to be able to get in there in all aspects of the creative process. I mean, we’ve been doing it for so, so long, it sort of comes as second nature.”

Reese also shared how their decades of combined experience in the biz really helped them truly create something their both extremely proud of. “You accumulate all this life experience,” Witherspoon shared. “And you’re like, ‘I know how to run a team. I know how to be a supportive player. I know when to be a producer part of myself and when I need to just concentrate on the acting piece.'”

If the show’s half as good as their red carpet looks, than viewers are in for a treat!