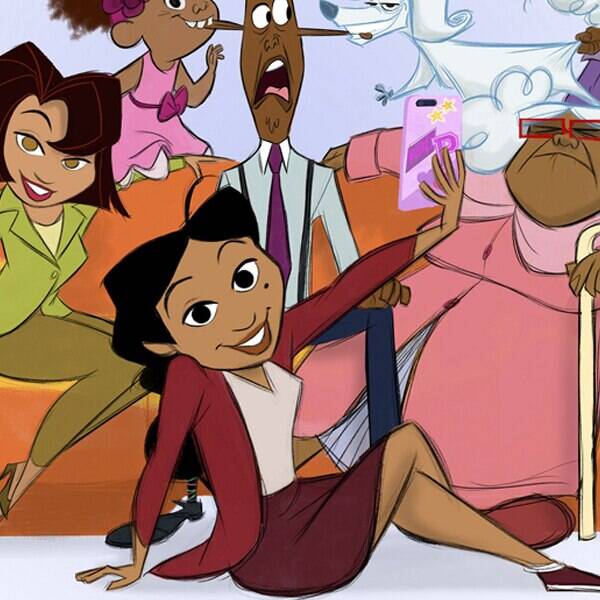 Bruce W. Smith and Ralph Farquhar are back to helm the new episodes with the original voice cast. Calvin Brown Jr. returns as co-executive producer and story editor.

“In our minds, the show never really went away, as we still had tons of stories left to tell. It’s the perfect time to bring back this show, and we can’t wait to take fans, old and new alike, on this journey with us,” Smith and Farquhar said in a joint statement.

All previous seasons of the series are available on Disney+. The series ran for two seasons of 52 episodes (and a movie) from 2001-2005.

Once again, the show will follow Penny Proud, parents Oscar and Trudy, siblings BeBe and CeCe and grandmother Suga Mama. Penny’s crew Dijonay Jones, LaCienega Boulevardez and Zoey Howzer are all back too.

“The show’s humor and relatable stories are as relevant with audiences today as ever,” Agnes Chu, senior vice president of content at Disney+, said in a statement. “Our audiences have loved rediscovering their favorite episodes of The Proud Family, and we’re excited Bruce, Ralph, Calvin, and the returning cast are creating new stories for their new home on Disney+.”

No premiere date for The Proud Family: Louder and Prouder has been announced.

The official announcement comes after some rough headlines for Disney+. After announcing the Love, Victor, the sequel series Love, Simon, would be moving from Disney+ to Hulu after concerns over “adult themes,” Hilary Duff spoke out about the temporary shelving of the Lizzie McGuire series. According to reports, Disney was also concerned that sequel/revival series was too mature for the Disney+ streaming service.