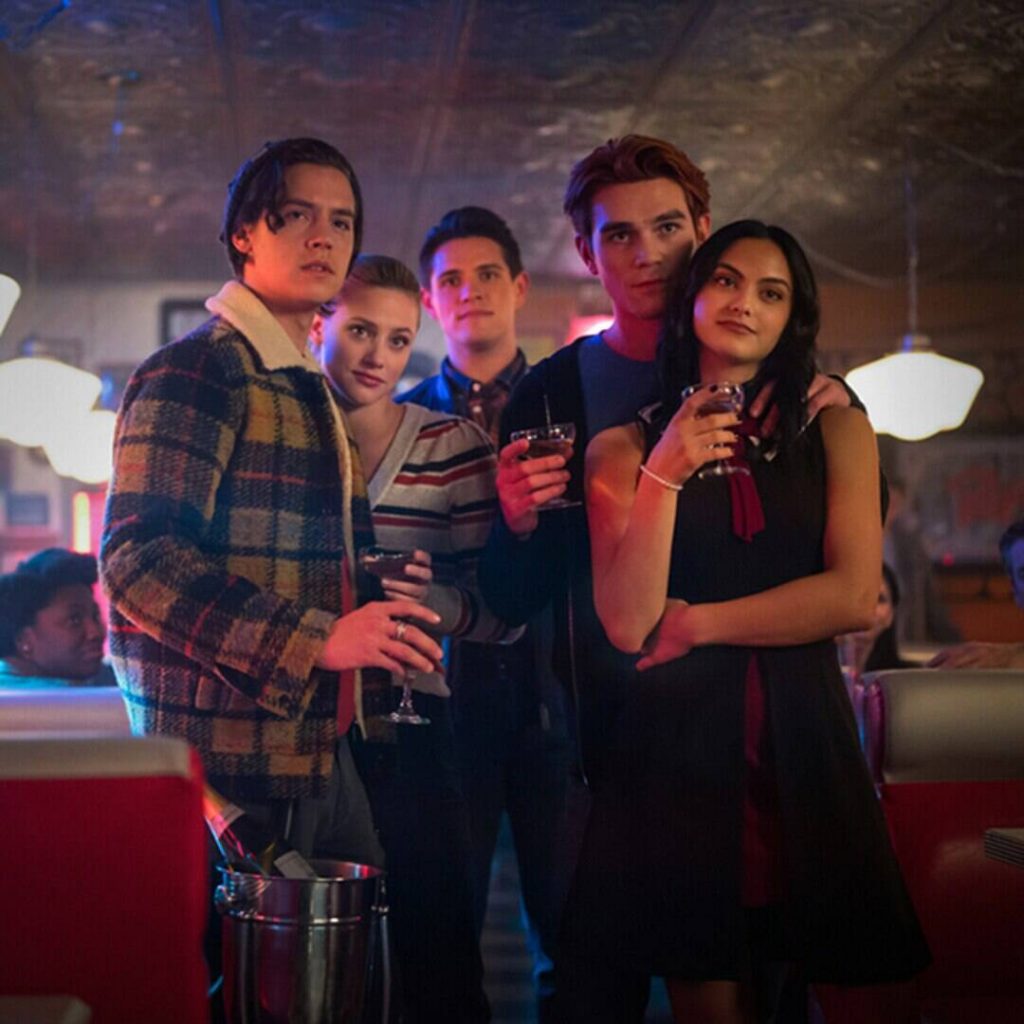 Episode three is fairly obvious. It’s called “Graduation” and the comic is someone holding a photo of the gang in their caps and gowns.

The text reads: “Sometimes I feel like standing in the middle of Main Street and screaming, ‘Archie Andrews grew up! He’s not an innocent teenager anymore, so stop treating him like one!’ But I guess you don’t really care about that!”

This is where Riverdale theoretically leaves high school behind, though Aguirre-Sacasa was feeling apprehensive about that.

“At the beginning of the season we said that we were going to focus a little bit more on the high school stuff, and I feel like we did, like the last football game and the last Vixens, and then prom and getting into college and a lot of those things, and really, I’m asking how do we keep that franchise going?” he said. “High school, it’s so important to the characters and the brand. And I guess in a way I’m not ready to say goodbye to it, is the truth.”

But based on the look of the fourth episode, we’re definitely not in high school anymore.