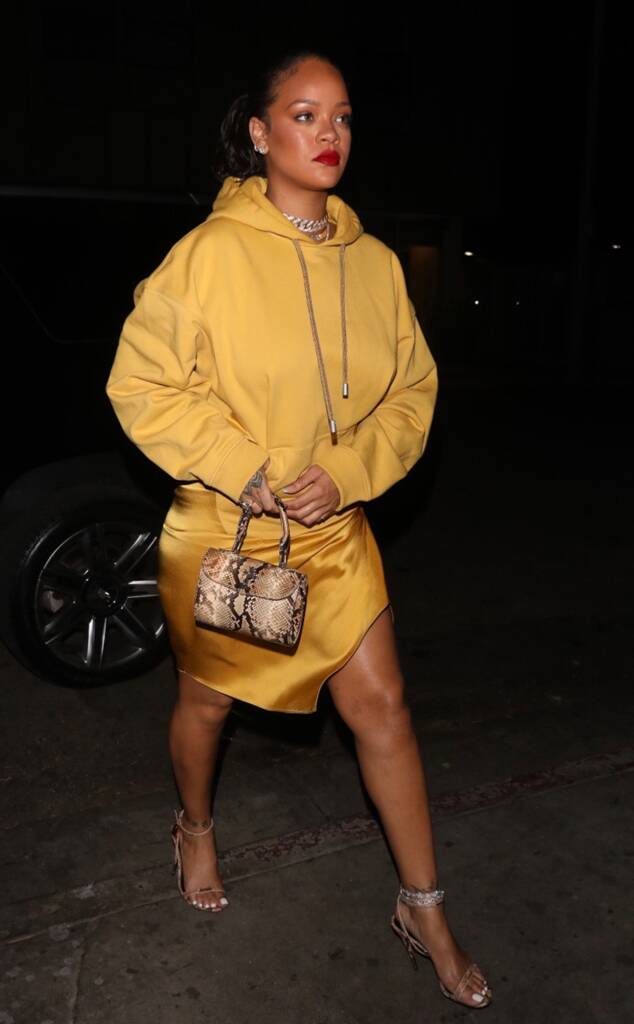 Alexa, play “Love On The Brain” by Rihanna.

The 31-year-old singer recently called it quits with her former flame and businessman Hassan Jameel and since she’s back on the market, it seems like she’s taking full advantage of it.

Soon after her split from her boyfriend of about three years, fans began to speculate that she was dipping her feet back in the dating pool after she and A$AP Rocky were photographed laughing together backstage at the 2020 Yams Day Benefit Concert in New York City.

An E! News source shared that the “Disturbia” singer “wants to be single and isn’t going to jump into something.” But late last night, into the early morning, RiRi and A$AP Rocky showed up late night at The Nice Guy in West Hollywood, Los Angeles, according to a source.

“Rihanna arrived first around 1 a.m. with a bodyguard. A$AP came in about 2 a.m. through the same door followed by two friends,” an eyewitness told E! News. “He tried to say incognito with a hood on his head as he ducked inside. They were both inside after hours for a little.”

While the two arrived and left the Italian spot separately, they seemingly enjoyed a fun night inside together.

For her night out with her rumored flame, the singer wore an all-gold ensemble that looked both cozy yet chic. She accessorized the look with strappy gold heels, a snakeskin handbag and was rocking a bright bold red lip.

As for A$AP, the “Wild For The Night” rapper was clad in athleisurewear and wore his black hoodie over his head in an effort to go unnoticed.

Another source said, “She’s seeing A$AP Rocky and they are continuing to hang out. But she considers herself to be single. Whatever is going on is just casual to her. She’s letting loose and having a good time.”

Rihanna and former beau Jameel first made headlines after a picture of the two getting cozy in Spain began making rounds on social media back in 2017.

Since then, the “Unfaithful” singer has kept her romance with Jameel private. Most recently, she began opening up more about her relationship when she got candid about marriage, kids and falling in love in June 2019.

In a conversation with Ocean’s 8 co-star Sarah Paulson in Interview magazine, Rihanna shared more details about her personal life and how she prioritized her relationship amid her busy work schedule. “I got into a new relationship, and it matters to me. It was like, ‘I need to make time for this.’ Just like I nurture my businesses, I need to nurture this as well,” she said. “I’ll shut things down for two days, three days at a time. On my calendar we now have the infamous ‘P,’ which means personal days. This is a new thing.”