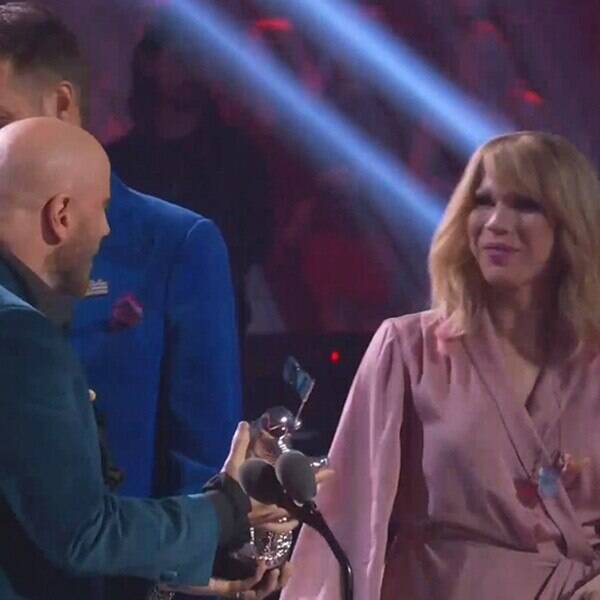 John Travolta mistook Jade Jolie for Taylor Swift at the 2019 MTV VMAs…and the singer thought it was “hilarious.”

On Monday night, T.Swift was awarded Video of the Year for her powerful “You Need to Calm Down” visual. After it was announced that she’d won the award, the Grammy winner took the stage along with the cast and crew of the video, including RuPaul’s Drag Race alum Jolie. As the video squad took the stage, presenter Travolta thought Jolie, a Swift doppelgänger, was actually T.Swift! Video of the moment, in which Travolta attempted to hand the award to Jolie, made its way to social media and has since gone viral.

“He was so confident that it was her,” Todrick Hall, who co-executive produced the video, said on the Jerry O’ show Wednesday. “I loved it, I saw it and we talked about it backstage. Taylor thought it was hilarious.”

“Jade Jolie has made quite the living performing at Play nightclub and she is a fantastic drag queen,” Hall continued. “Everybody knows that she is the Taylor Swift doppelgänger, so I think that was the highest compliment he could pay her.”

Jolie also thought the mix-up was hilarious, even posting the moment with Travolta on Instagram.

“Almost got my first award tonight thanks to @johntravolta,” Jolie captioned the video, adding laughing and kissing emojis.

Swift’s “You Need to Calm Down” video, which stands up for the rights of the LGBTQ+ community, as well as the rights of women, also received the Video for Good award at the VMAs.

“Aaaahhh the most magical night EVER!” Jolie wrote on Instagram along with a video with T.Swift. “So proud of my queen @taylorswift for snatching Videos for Good & Video Of The Year at the @vmas tonight.”