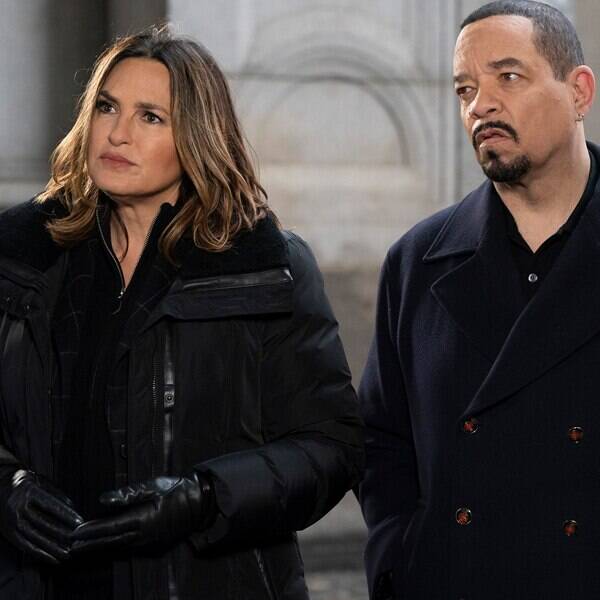 When Law & Order: SVU returns to airwaves, the longest-running primetime drama will tackle head-on the events of 2020, from the coronavirus pandemic to the protests against police brutality in response the death of George Floyd.

Warren Leight, executive producer and showrunner on SVU, appeared on The Hollywood Reporter’s TV’s Top 5 podcast to discuss how the show will handle the shifting real-world landscape and how TV shows—cop dramas in particular—can do better.

During the long conversation—clocking in more than 45 minutes—Leight cited the changes he made to the SVU writers room for season 21, including hiring people who have never written an episode of television before, as a step forward.

“I put together a new staff and I made a conscious effort to bring in new voices, fresh voices, different voices and it was a radically different writers room than we had seen, even than the ones I put together years earlier. There is a tendency, and I think we’re all becoming more aware of our responsibilities about that, to hire people you know,” he said. “You’re putting together a writers team and you go out to the usual suspects, the agents push the usual suspects, and there’s an experience level you want your writers to have and because the usual suspects have that experience and the guys who found the doors closed to them don’t have that experience, it works against them.”

The new voices in the SVU room were a start, he said, but just that, a start. “I think we’ve tried really hard in the last year to show how class and race affect the outcomes of justice in society, but I’m beginning to suspect ‘really hard’ wasn’t enough,” Leight said. “This has to be a moment where people make themselves uncomfortable, where people in power have to make themselves uncomfortable.”

In addition to the new writers, Leight said he also invites a variety of activists to speak to the writers and has been in touch with Color of Change for the upcoming season. SVU inherently is from the police officer’s point of view and the characters go on the journey with the survivors of the sexual assault they’re investigating. While the show has touched on the uneven distribution of justice in America, Leight said they need to do more.

“I can’t make every episode about a bad cop…I think we’re trying to depict how justice should be handled for victims and for perps. Olivia [Mariska Hargitay] makes mistakes…but she’s empathic, which is I think what separates the cops on our television show from a lot of what we’re seeing these days on our livestreams,” he said.

Still, police shows need to do better, Leight said. While the hero cop trope is a popular TV genre, and likely not going away, change will come to shows. How much change depends on the show.

“People watch the shows to see heroes. You have the responsibility to at least depict the reality—as close to the reality as you can. There are shows with flawed cops at their center…I don’t mind a flawed cop at the center, but a flawed cop with a tendency towards violence who’s glorified, to me, is a real recipe for legitimizing police brutality,” Leight said. “That’s what I see the most that disturbs me…I really hate watching shows that depict the lifting the desk and throwing it in the middle of the interrogation room. I understand that that was a trope even at times on Law & Orders, but I think that will be a harder trop to maintain in the current environment—or I hope that it would be a harder trope maintain.”

The Law & Order: SVU writers room was already back at work crafting how the show would respond to the coronavirus pandemic when Floyd died in police custody and the four officers were brought up on charges. Leight said writers were at work for a week, discussing the uptick in domestic abuse while social distancing due to the pandemic, perps taking advantage of the shutdown and the thought-process behind somebody being sexually assaulted and then not going to the hospital because of the pandemic.

“How do you reflect in the midst of a pandemic, an insurrection caused by systemic racism and police brutality. There’s a lot going on, we’re reeling…We altered a teaser today to have somebody who’s assumed to be guilty because he’s black and he’s in the wrong place. We added the extra beat that they could arrest him on the spot because he was arrested during demonstrations and he didn’t show up for a desk appearance, so there’s a warrant out for him. That was today’s addition. God help me, what’s next week?…We try to be of the moment,” he said.

SVU diversified the characters in front of the camera during season 21, adding Jamie Gray Hyder as Officer Katriona Tamin, a bisexual Lebanese American, to the main cast and several recurring characters from different backgrounds. “We have a diverse enough cast, and we’ll be looking, I think, to bring in more that way to tell that side of the story as well,” Leight said.

And the show will address the death of George Floyd and the protests that have swept not just the nation, but the world. “It has to come up and it will,” he said, noting there will be obstacles for the characters to face, namely Carisi (Peter Scanavino). How will ADA Carisi navigate a trial while trust in police officers is low? What happens when the cops on the stand aren’t going to be believed by a jury?

Law & Order: SVU was renewed through season 24. A spinoff with Christopher Meloni reprising his role as Elliot Stabler, this time as the head of an organized crime task force, is also slated for NBC. Law & Order: Hate Crimes, a new series from Leight, is also in the works and could arrive on NBC’s new streaming service Peacock.