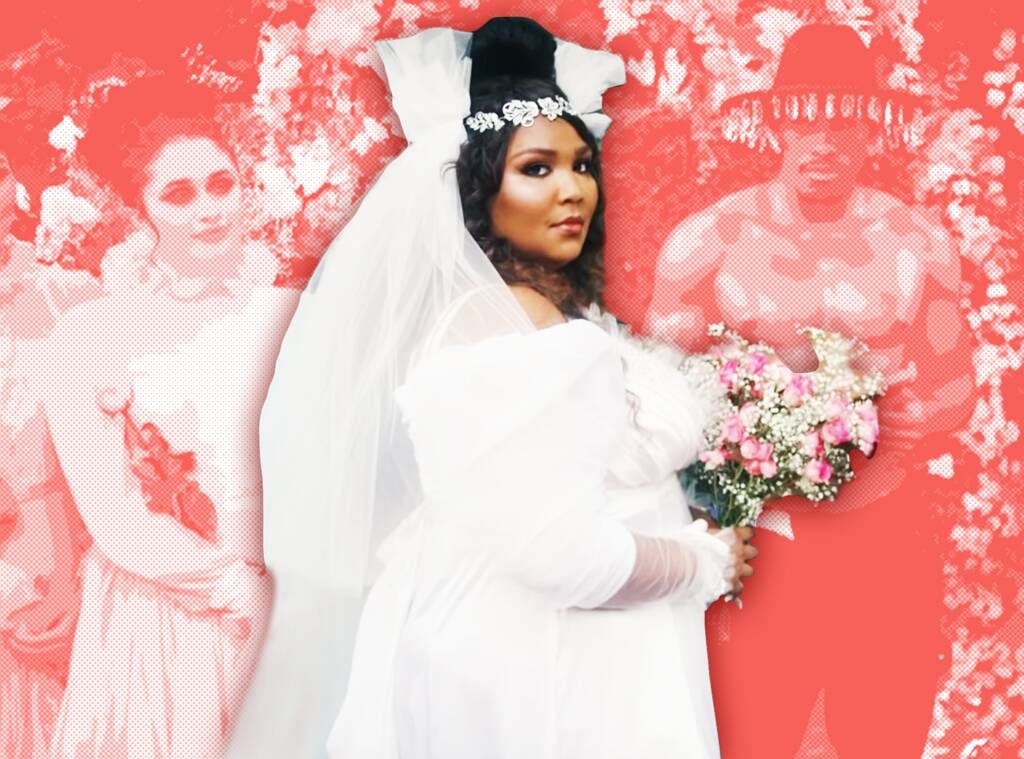 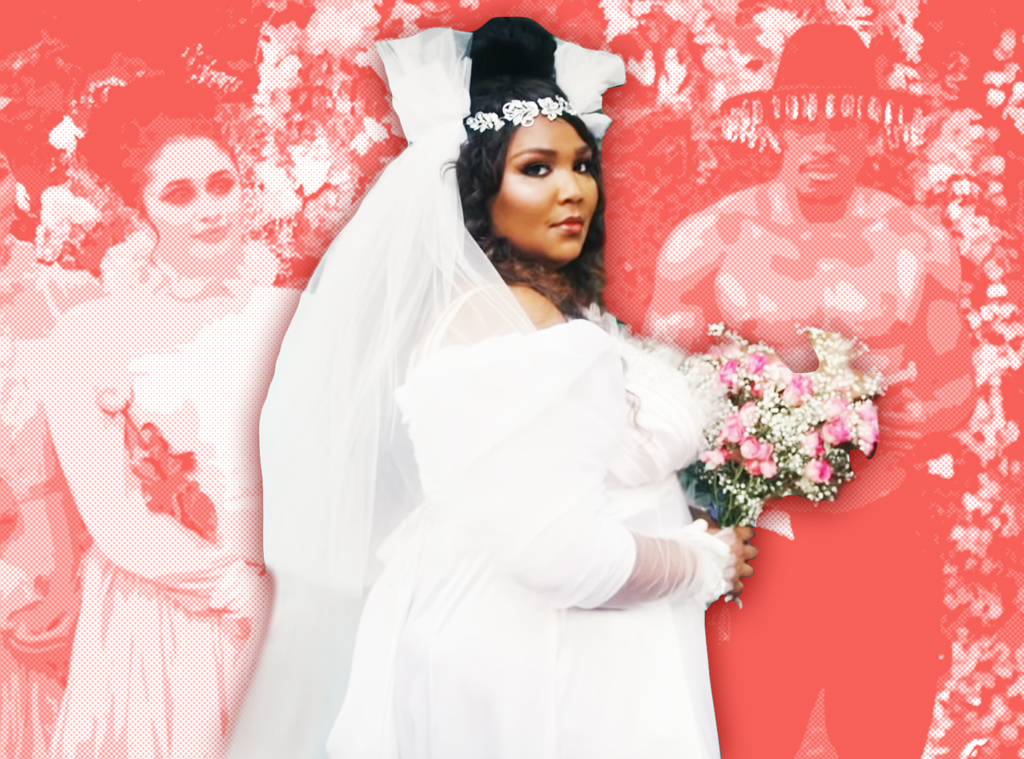 It’s rare for a song to be released to minor acclaim, fizzle out, and, ultimately, fade away, only to roar back to life two years later and become the No. 1 song in the country.

Rarer still for said song to go on to earn three Grammy nominations, including Record of the Year and Song of the Year.

But that’s exactly what happened with Lizzo‘s “Truth Hurts,” a track that the newly-minted superstar released all the way back in September 2017, giving her the sort of Cinderella story almost unheard of in the music industry. (Those nominations, plus an additional five, including ones for Best New Artist and Album of the Year for Cuz I Love You, make the Detroit native the year’s most-nominated artist heading into the 62nd Annual Grammy Awards on Sunday, Jan. 26.)

It’s a story that illustrates how virality and savvy film/TV placement can resurrect songs once thought dead in this constantly evolving music landscape. One that reminds us that, sometimes, otherwordly talent and headstrong perseverance can, in fact, lead to a happy ending. But, most importantly, it’s a story about an undeniably incredible song can’t be kept down.

“I mean, I remember when we made it, it was one of the first songs that everybody in my sort of personal orbit would freak out about,” Ricky Reed, co-writer and producer of the track who signed Lizzo to Nice Life, his joint-venture label with Atlantic Records in 2016, told E! News exclusively over the phone. “The guy who cuts my hair was like, ‘I like this one.’ My wife, she was like, ‘Wow, that Lizzo song is really special.’ Other songwriters—I remember this songwriter friend of mine named J Kash, I played it for him one time and he said, ‘Man, that is a special song because that is a song only Lizzo can sing. No other singer, artist, anyone in the world can do this but her. And that makes it special.'”

From the jump, all involved felt that the track would be the one, that special aural alchemical reaction that artists long for in their careers. “We knew that it was a very, very special song and, you know, I remember the day it came out, even, feeling so much pressure, feeling so excited, but wondering if the world was gonna click with it,” Reed explained. “And then when the song, you know, did what it did, spent three, four months out there grinding and then kind of eventually fizzled away, yeah, it was pretty heartbreaking because we thought that was the one.”

If only they had a crystal ball. 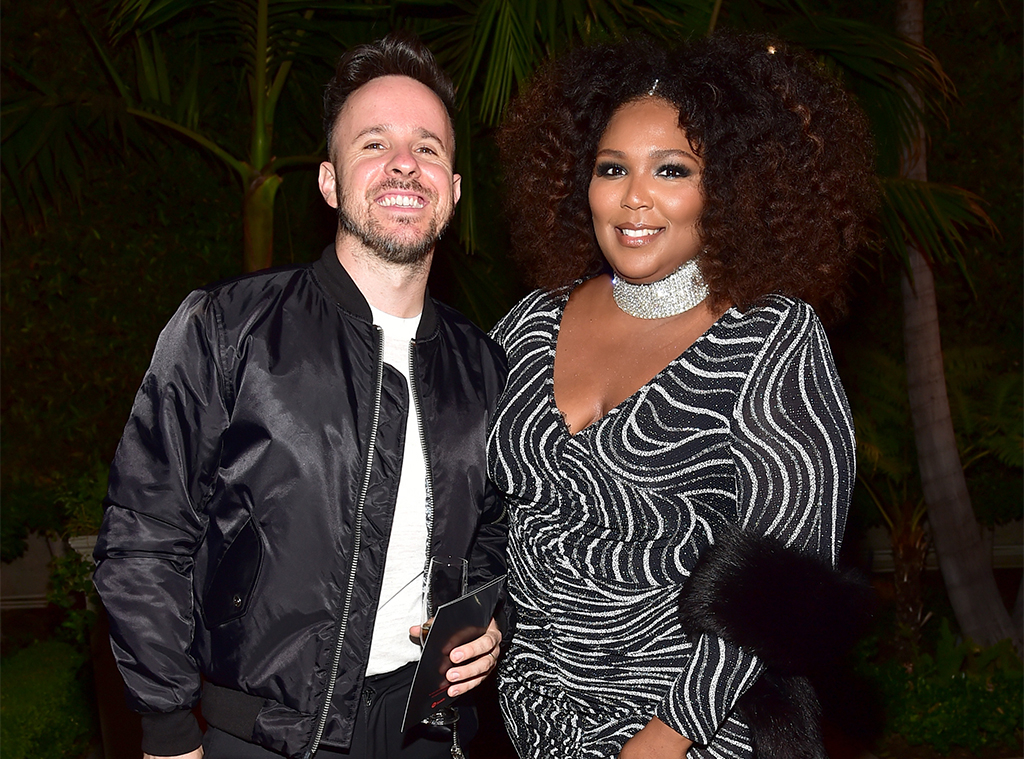 But before we get ahead of ourselves, let’s go back in time, shall we?

To better understand what it takes to make a Grammy-nominated track, Reed took us inside the process, declaring himself “over mystique” when it comes to songwriting. “Day started like a lot of our days start, which was her coming in and just sort of talking and seeing how she’s doing and stuff,” he explained. “She’d just had a guy that she’d been seeing on and off really do something heartbreaking and she was sort of reeling from that. And any time I have any artist in the studio, I just like to listen to them and see what’s really going on with them.”

“I also like to listen to how they talk,” he continued. “Lizzo is so effortlessly funny and witty and she just—I’ve said this before, she sort of speaks in lyric, you know? She just has these great phrases that just roll. If you just listen to her talk, she just says things that sound like songs.” As she spoke, he made sure to take notes, explaining, “When it was time for her to go in and start doing some singing, I was like, ‘Yeah, you have half the song written here, man. This is crazy.'”

Of course, one of those instantly iconic lyrics is the infamous “DNA test” line that opens the first verse. “I just took a DNA test, turns out I’m 100 percent that bitch,” Lizzo kicks off the song, permeating the culture and spawning countless memes in the process. The origins of the line have been the subject of conversation, with singer Mina Lioness eventually earning co-writing credit for a tweet from February 2017 that was remarkably similar to what appeared in the track.

All Reed knew when he heard it was that it was destined for greatness. “When I first heard that lyric, I knew it was a magical lyric without a doubt and could be something really, really special,” he told us. “It was just one of those things that you knew what going to be a special thing and really, really was magical.”

Equally magical? The piano loop that the entire track is built upon. You know the one. It’s probably running through your head as you read this. It came to Reed in a roundabout way, sent in a folder of loops from a producer known as Tele. “There was just starters and demos and random ideas and stuff,” he explained. “And I remember setting that one aside because of how incredible the opening piano loop was.”

In its original form, though, the loop wasn’t even the star. “It’s funny, though, in his original demo, that part is just an intro and then it goes on into this bigger full song. The piano kind of drops out and then it’s like this whole thing,” Reed shared. “And I was like, ‘Man, just this little—It sounds like an exercise. In fact, I think there’s a chance he wrote it based on—”

A metronome, we suggest.

Luckily, Reed knows the latter when he hears it.

While much of the lyrics just poured out of Lizzo during those initial conversations, Reed explained that the song took some time to reach what would be the finished product. “A lot of songs come together in just a few hours. Inspiration hits and it’s just go, go go. That one, if I recall, was a couple of sessions because we really wanted every lyric, we wanted every melody to be really so attention-grabbing,” he said. “Every lyric is a hook, every lyric is something you could put on a t-shirt or a bumper sticker or whatever. To craft that, it definitely took us some time to get it all right. But when it was finished, we knew what we had on our hands.”

And then it just came and went.

For most songs, the story would end there. But, as we’ve established, “Truth Hurts” isn’t most songs.

Cut to 2019, when Lizzo and her team were preparing for the April release of her debut major-label LP, and the song began gaining steam on TikTok, Gen Z’s music-centric social network of choice. (AKA the app that made Lil Nas X‘s “Old Town Road” a thing.) “I was like, ‘Yo, that’s cool. That’s nice, that makes sense,'” Reed said. 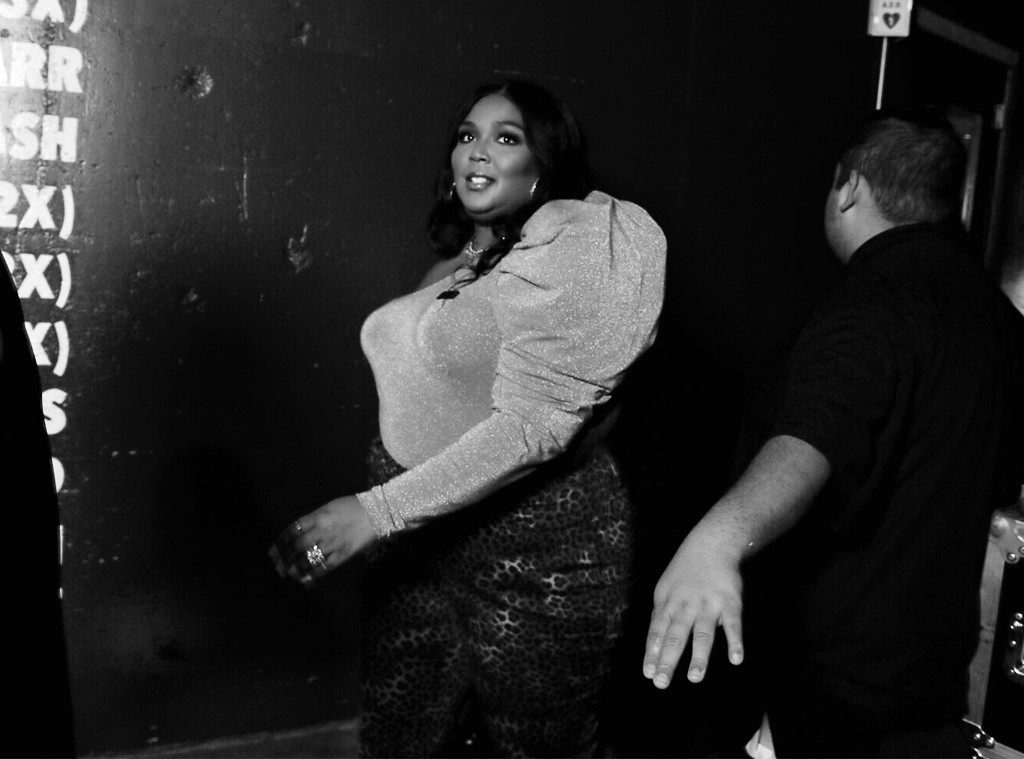 What came next, though, is what really changed the game. On April 19, 2019 Netflix released the comedy Someone Great, starring Jane the Virgin‘s Gina Rodriguez. And in a pivotal scene of the film, her character essentially performs the entire track as she’s listening to it in her apartment. That isolated scene quickly went viral.

“I saw that scene and I was like, ‘Oh, this is gonna do it. This is gonna change everything,'” Reed admitted. “And it’s because everybody—my friends, at least, maybe not everybody, but I feel like everybody knows the Lizzo feeling. When you listen to a song, whether you’re by yourself, looking in the mirror, you’re with a group of friends, everybody knows what that feeling is. When she sings that lyric that you relate to and you have that moment, I feel like everyone knows what that is.

“But this was the first time that somebody combined Lizzo’s music with a visual moment of somebody having that Lizzo experience on film, you know what I’m saying? It was the first time that that was so clearly illustrated,” he continued. “Like, this is how we listen to Lizzo. And I think when you see that, and for people who had never heard her before or were not familiar already, it doesn’t get more inviting than that. That’s the invitation to Lizzo’s world that clicked with the masses.”

The song debuted at No. 50 on the Billboard Hot 100 shortly thereafter, before climbing to No. 1 in September. After spending seven non-consecutive weeks at the top, the track tied Iggy Azalea‘s “Fancy” as the longest-leading rap track by a female artist on the chart.

While Reed admitted it was “interesting” for an older track to become the story of the year just as Lizzo had released an entirely new body of work, he contends that everyone on Team Lizzo is “about the big picture.”

“We can have great songs, we hope that some will become hits, whatever. But at the end of the day, it’s all about the eyeballs on Lizzo and people listening to Lizzo and her building her kingdom. So, you could say there was a bit of that, but to have any song to start racing up Billboard, we’re not complaining,” he said with a laugh. “We’ve been working for so hard, for so long. We’ll take this.”

After a year that saw the world wake up to Lizzo, allowing her to take it by storm, Reed says he wishes a bit he could go back in time a few years and reassure everyone that they’d get there and to just keep on working. “I’m really glad we did because a lot of artists trying to break down those walls and stick to it, a lot of them don’t have this sort of outcome we did,” he said. “And I’m just really, really grateful that it’s gone the way it’s gone.”

As great as the year has been for Lizzo, it’s also been a banner one for Reed himself. He earned his second Producer of the Year, Non-Classical nomination, recognizing not just his work on Cuz I Love You, but songs for Maggie Rogers, Maren Morris and SZA, among others, as well. “There’s some extraordinary talent nominated for Producer of the Year this year,” he said of the field that also includes Jack Antonoff, Dan Auerbach, John Hill and Finneas.

“It’s funny because I try to keep my head down and just make great stuff as much as I can. It’s hard to predict what is going to be the thing that resonates with the public and especially predict what’s gonna resonate with the Recording Academy. If I spent my time aiming for that, it probably wouldn’t go as well. So I don’t know, I just feel very, very honored, very happy and will hopefully be able to continue to not focus on it, but I’m only human, you know what I’m saying?”

And while he hadn’t begun to let himself think about the possibility of things going their way on Grammys night just yet when we’d spoke, he did make one prediction. “As is typical on Grammy day, expecting to be full of emotion,” he said. “One way or the other, is how we put it.”

Something tells us that, come Sunday night, the truth of the matter will do anything but hurt.