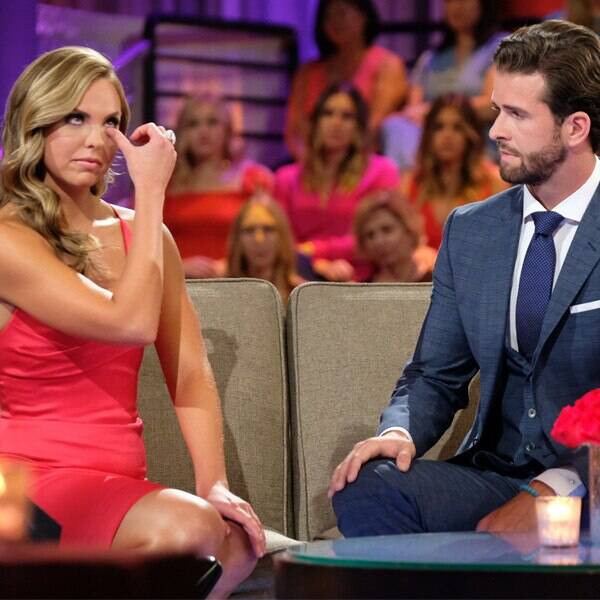 Viewers watched the Alabama native give her final rose to Jed Wyatt on Tuesday’s finale of The Bachelorette. The singer-songwriter from Tennessee proposed, and it looked like Brown finally got her fairytale ending. However, things quickly took a turn after Brown learned her fiancé had been dating a woman named Haley Stevens before coming on the show. Bachelor Nation watched Brown confront Wyatt about it and call off their engagement. She later revealed that the two had ended their relationship entirely.

“It was heartbreaking,” Brown tearfully told People. “The foundation of what I believe love is is based on honesty and truth. If he loved me, wanted the best for me, why did he not give that to me? He always said he never wanted to hurt me, but he hurt me worse than anybody else did.”

Brown certainly experienced a lot of heartbreak throughout her season. Whether she was dealing with Luke Parker‘s controversial comments about sex or tearing up over sending guys like Peter Weber and Tyler Cameron home, her journey was filled with challenges. Still, nothing could prepare her for the truth about Wyatt—even though some may argue he admitted to joining the show to further his music career.

“I was really insecure,” Brown told the magazine. “I knew that no guy was actually there for me because they didn’t know who the Bachelorette was going to be. And I was the dark horse. So, Jed being honest [was] refreshing. He didn’t come for me, but he liked me. And that’s what made me initially start to fall for him.”

While Wyatt apologized, he knew the damage was done.

“I have been in love with somebody in my past who lied to me, who cheated on me, and I tried to make it work,” Brown told the publication. “But I’m not that girl anymore, and that’s been something I’ve been so proud of. So, no matter how much it hurts, I won’t allow myself to be stuck in [something] for any longer than I should be. I deserve better.”

But could Brown have a second chance at love with another one of her suitors? Even though she ended her relationship with Cameron to pursue a life with Wyatt, she later asked the runner-up if he’d like to go out for a drink. Of course, he said yes.

Fans will just have to wait and see if Brown gets her happy ending after all.