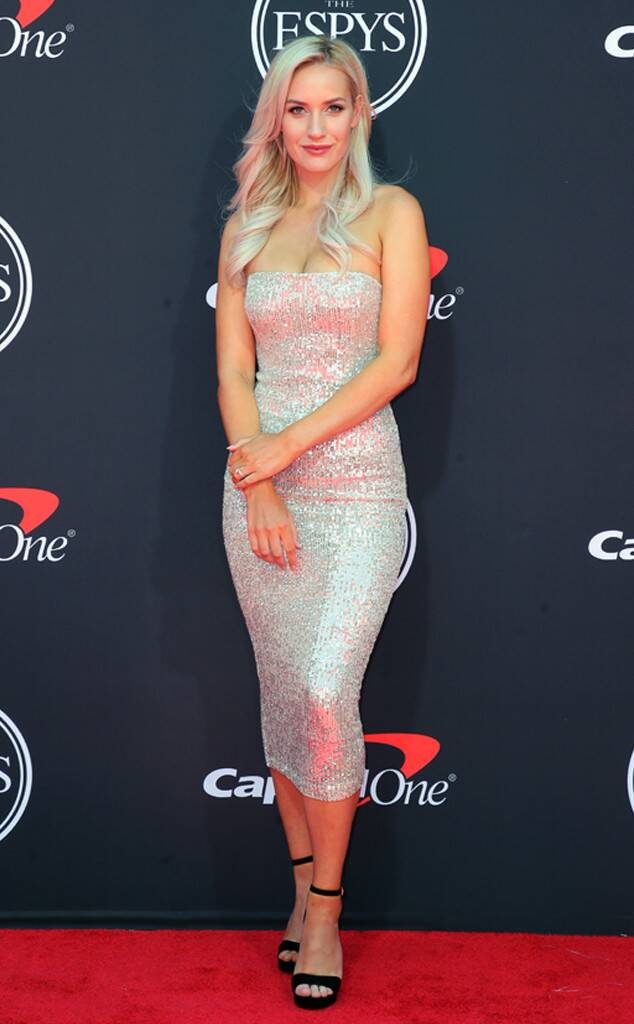 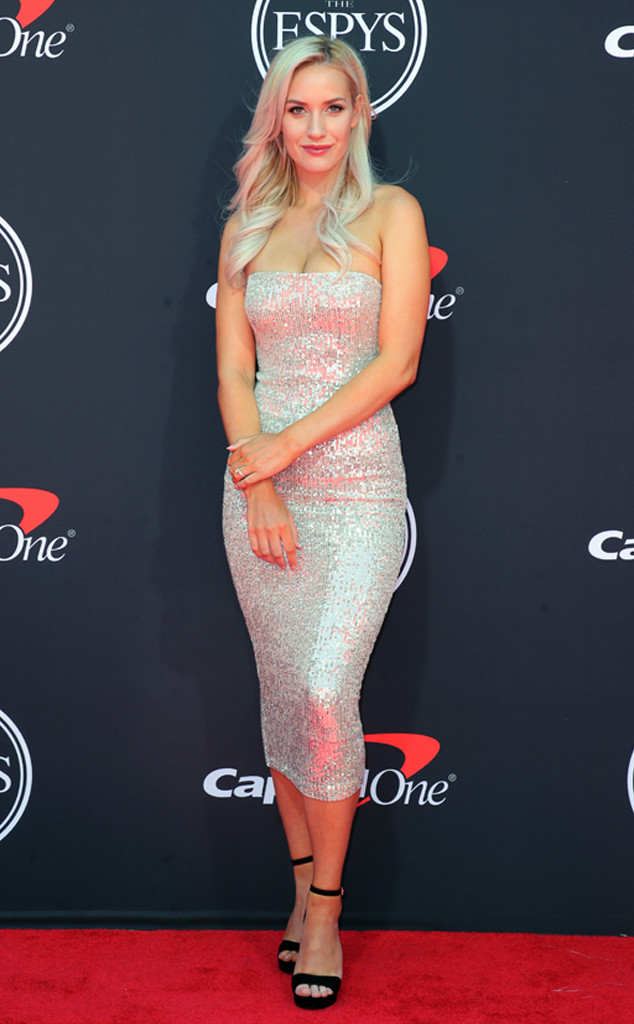 The 2019 ESPYS showed that athletes know how to bring their A-game from the field to the red carpet.

Stars like Alex Morgan and tennis pro Serena Williams were among those who scooped up an ESPY Award this year, and the stacked list of famous nominees meant nearly every face that’s been on a jumbotron was in attendance.

The famous faces didn’t stop at the players either, A-listers like Usher and Sandra Bullock presented awards and Tori Kelly performed while the Arthur Ashe Courage Award was handed out.

We were more than happy to sit on the sidelines and watch the celebs trade their uniforms for custom suits and stunning gowns during this year’s carpet. Plus, we somehow managed to narrow the best-dressed roster to 10 of our absolute favorites for you to weigh in on, too.

Starting off our draft is Dwyane Wade, who brought the heat from Miami to the carpet with an all-white Louis Vuitton suit. The basketball legend was seen hand-in-hand with wife Gabrielle Union before the show and gave her a shout-out when he won Best Moment later in the night.

It seemed as if pro golfer Paige Spiranac was competing against the ESPY Award itself with her silver dress which sparkled as brightly as the trophy.

No one however had a more daring look than Ciara, whose edgy black Alexander Vauthie dress was something you could say, she was cut-out for.

Usher caught our eye on the carpet as well wearing an effortlessly cool black-and-white checkered set.

Kelly didn’t just take our breath away with her performance of “In Times Like These,” her cute coral dress and breezy ponytail was just as show stopping as her vocals.

Declan Farmer, the Paralympic gold-medalist who was nominated for Best Male Athlete with a Disability, arrived in a perfectly tailored blue suit that made us do a double take.

Two of Philadelphia’s finest athletes stunned in suits from the same designer during the show and they looked hot.

While these styles were our first-string picks, only you can make the call of who walks away from the night as the true style winner. Check out all the stylish outfits below and then cast your vote!