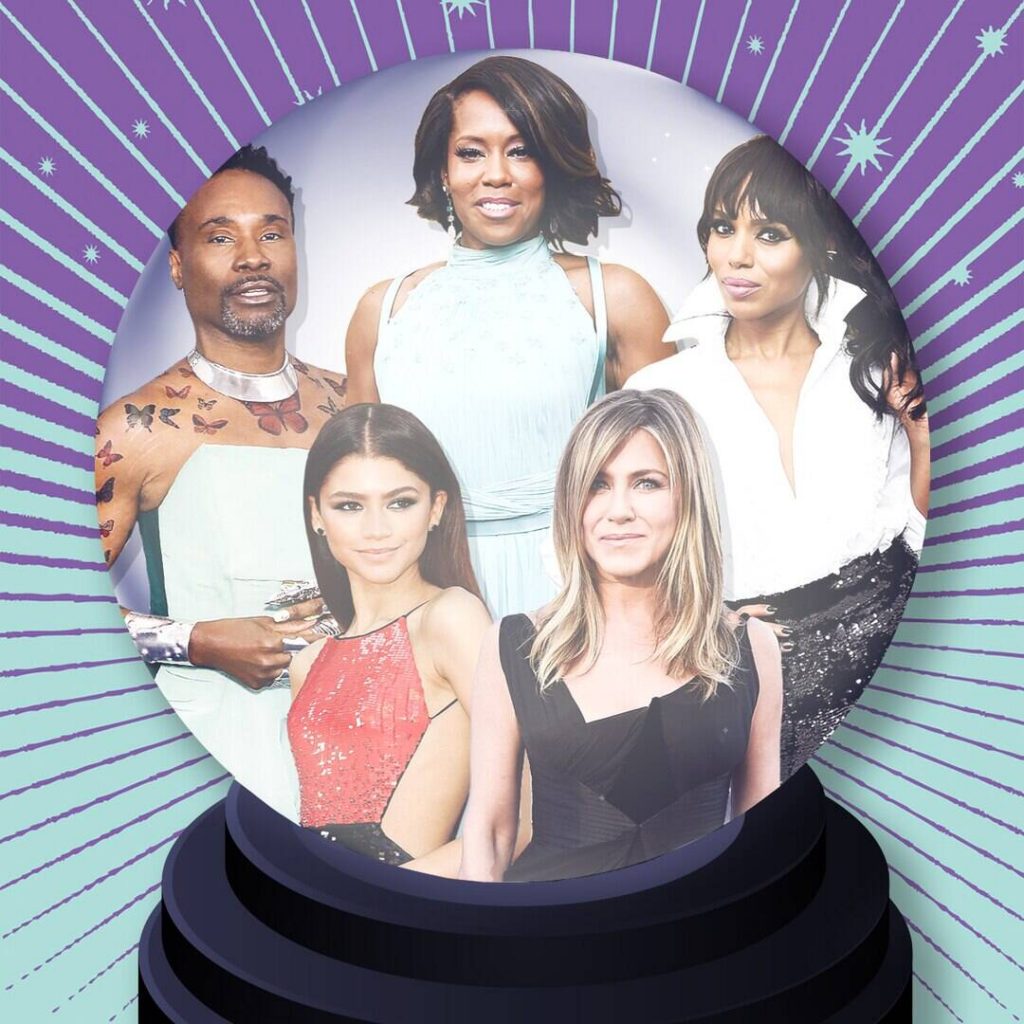 They say patience is a virtue. Whoever they are. But, well, if you’re anything like us, waiting just might not be your thing.

Since the Emmy nominations were announced in July, we’ve been anxiously sitting here, twiddling our thumbs, wondering if Zendaya will nab her very first trophy or if Watchmen really will sweep. And yes, while we’re so close to tonight’s award show, it still feels out of reach.

So, rather than continuing to wait it out, we turned to an expert: Mystic and tarot card reader to the stars Angie Banicki, whose clients include Gwyneth Paltrow, Lea Michele, Emma Roberts and pretty much any celeb with a curious mind.

Though little is known about how the virtual show will actually go down, Angie predicts it won’t be the total disaster many are bracing for. “It’s not going to be perfect,” she admits, “but there is a strong foundation. The card I pulled says, ‘Cut a vital connection,’ which makes me think there is going to be some connection loss there. But overall, I get a really positive read.”