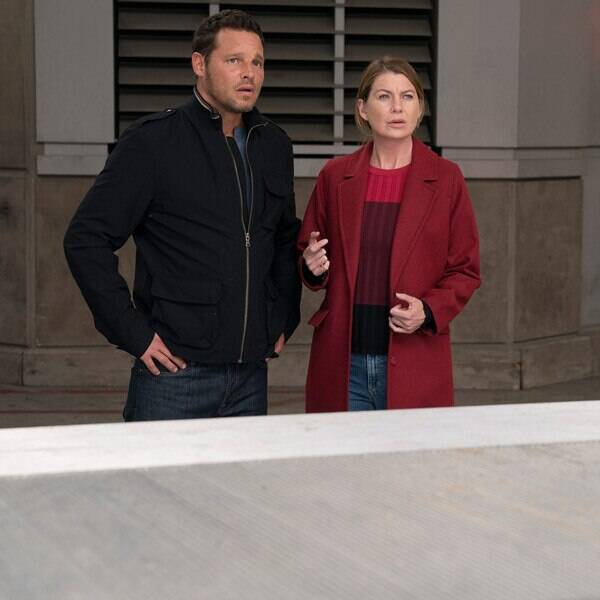 Veteran Grey’s Anatomy star Ellen Pompeo is just as heartbroken as many of you are that her co-star Justin Chambers is leaving the show.

The 49-year-old actor and ABC announced the shocking news on Friday. Chambers played Dr. Alex Karev on Grey’s Anatomy since it debuted in 2005. The 16th and final season began airing in September and the network revealed that his last episode was broadcast in November, which means there was no official send-off for his character.

“#GreysAnatomy is about to feel one of its biggest losses yet,” read a tweet by Vanity Fair, to which Pompeo responded on Saturday, “Truer words have never been spoken @VanityFair [broken heart emoji].”

The actress has played Dr. Meredith Grey on Grey’s Anatomy for all 16 seasons. She is one of three original cast members who remain on the medical drama. The other two are Chandra Wilson and James Pickens Jr.

Pompeo said last year that “there were many moments” where she wanted to quit Grey’s Anatomy.

“It’s funny: I never wanted off the bus in the year that I could get off,” she told Taraji P. Henson in an interview for Variety. “The first 10 years we had serious culture issues, very bad behavior, really toxic work environment. But once I started having kids, it became no longer about me. I need to provide for my family.”

“At 40 years old, where am I ever going to get this kind of money?” the star, a married mother of three, told Henson. “I need to take care of my kids. But after season 10, we had some big shifts in front of the camera, behind the camera. It became my goal to have an experience there that I could be happy and proud about, because we had so much turmoil for 10 years. My mission became, this can’t be fantastic to the public and a disaster behind the scenes.”

“Shonda Rhimes and I decided to rewrite the ending of this story,” she continued. “That’s what’s kept me. Patrick Dempsey left the show in season 11, and the studio and network believed the show could not go on without the male lead. So I had a mission to prove that it could. I was on a double mission.”